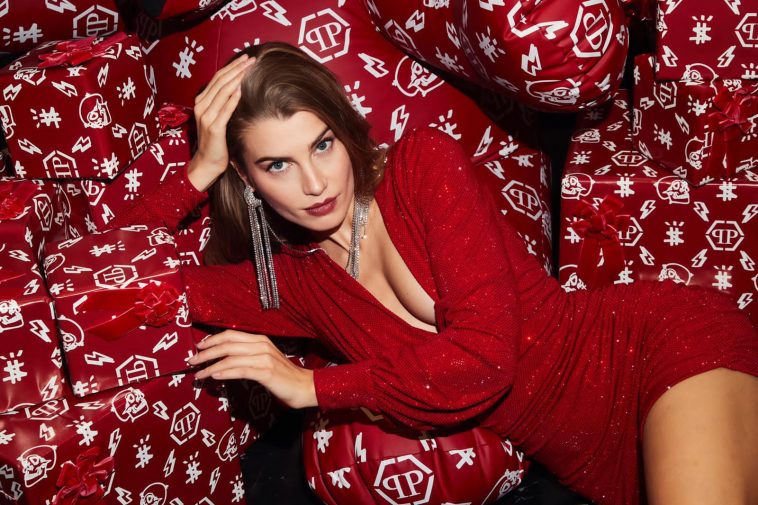 We often look at models and wonder how perfect their lives are and that there is nothing more they could have asked for. In fact, we envy them for their glamorous personalities and the attention they get where ever they go. However, we tend to forget that just like any other profession, modelling has its perks and lessons too. The models have lives that might not be as perfect as it seems; they might have similar issues and traumas that we can’t even fathom.

Naomi Tara Lievens is an international model who has been the face of numerous luxury brands, including Armani, Dolce & Gabbana, Dior, Karl Lagerfeld, Philipp Plein, etc. Moreover, she has been featured in various fashion magazines such as Vanity Fair, Vogue, and Elle, to name a few. However, life was not a bed of roses for this young beauty.

At the tender age of four, she lost her parents. Naomi, along with her twin brother, moved to Belgium to live with their uncle. Unfortunately, her uncle passed away when she was ten, and she was then sent to live with her aunt, who immediately placed her in a boarding school. It wasn’t smooth sailing, but that experience forever changed her life and perspective. And she finally achieved balance in life and started developing her personality.

She started her career when she was 15 years old so that she could support herself after going through an unattended and rough childhood. She got discovered as a model, which was not what she wanted to be, but she had no other option but to keep going in life. Naomi grew up faster than most kids her age and took care of herself like no one else ever did. She thought this would bring her happiness, but that was not the case. She wanted so much more from life and was chasing after mental peace and contentment.

Today, Naomi is stronger than ever, but it took her some very dark times to get where she is now. She has been through phases of severe depression where the only way out seemed like letting go of life. She was desperately screaming for help but was too proud to accept help from others. It was then that her best friend’s family took her in for a year, where she understood what real family values and structure were. They helped her shape her personality and taught her how to be emotionally supportive towards her loved ones.

Since she had gone through some significant mental health issues, she realized that being a famous model, she could use her voice for something that could bring about a change. With that thought, she started raising awareness about the importance of mental well-being to a wider audience. “I know out of experience that I could help people in a different way than others because I had a deeper understanding of pain and loss,” Naomi shared how she got the idea. Expounding upon mental health awareness, she furthered, “Psychologists do a great job, but they never really helped me. They study out of a book while I believe every individual has their own way of healing, understanding their pain and processing things, so how can one way be the solution to all these different people’s problems?”

According to the model turned mental health advocate, people can go through the same trauma and react differently to it. “Everyone has a different way of understanding and healing from pain. This is something I understood at a very young age, and that is how I have helped a lot of people around me,” she added.

What makes people happy is the drive to push the envelope and grow in life. And Naomi completely understands that people get stuck and are unable to get out of the loop, which hinders their happiness and peace. She identifies the blockages and distractions people have instilled in their heads, guides them to see the deeper issue, and experiences with them how they could make things work. Naomi has a different way of working with individuals with mental health issues. She focuses more on their body language compared to what they say. Sometimes people are more expressive through their tones, expressions, and body language rather than words – this helps her understand their deeper ingrained problems.

Your mindset plays an imperative role in your contentment. “You can be your own worst enemy because of a negative mindset. I see people taking themselves down because of their own insecurities and their own mindset, and often this becomes their biggest regret. I, sadly enough, grew up like that too. I think I would be way further ahead in life if I went for what I really wanted instead of pushing it away because of fear,” Naomi stressed. “I learned to accept it now as I love my life, and I don’t let anything get in the way of what I want to do anymore.”

She summarizes it in a very poetic manner that life is like a river; you have to flow with the current. To turn against it takes effort, but the current will carry you if you let it. Be prepared for anything, as life can be unpredictable. Moreover, it is crucial to stay positive in order to handle anything that may unexpectedly come your way.

From a fashion model to a mental health advocate, Naomi Tara Lievens didn’t let her circumstances pull her down. She stood back up, composed herself, and faced life head-on. And now, she is helping others in a similar position to stay positive, love life, and make the most of it through a positive mindset and progressive energy.