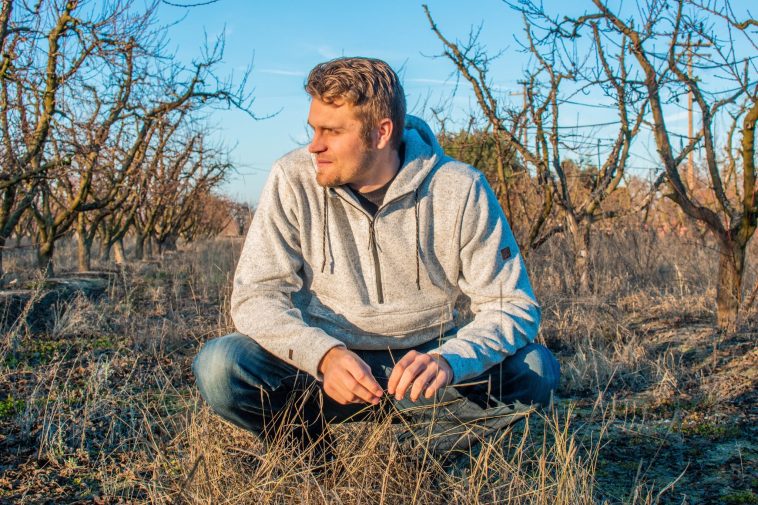 When was the last time you were told a really good story? Sure, there are plenty of books out there that will transport you to another world, but Eriksen Dickens has made it his goal to do it visually. Dickens is both an actor and a documentary film director who is carving out a space in the entertainment industry. He started out from humble beginnings alongside his brother in Oakdale, California, and has produced critically acclaimed shorts like Two Magic Drops and Dear Oakdale, the former being selected to eight international film festivals and winning awards at three.

This story may currently be in the chapters that involve tinsel-town, but Eriksen Dickens’s life started out like any other. Long before his current track, he held a love for all things fantastical, in fact, even at the tender age of six years old, he started writing memorable stories. Growing up in the Cowboy Capital, he was your usual sports fanatic who was particularly good at baseball. His skill at the game landed him a scholarship and a bright future ahead in sports. Destiny had other plans and when an injury sidelined his sports prospects, he turned his attention back to his original passion, movie making. Considering that he grew up in a small traditional town whose main focus was manufacturing and farming, it was a challenge to carve out a future in filmmaking. After he migrated to Cal Poly, San Luis Obispo to complete his education, he linked up with his brother Soren at the same college. This is also where they transformed their hobby of filmmaking into reality. Platinum Peek Productions was launched in 2016 while they were still completing their studies. At this time Eriksen decided to make his career choice out of the venture. Along with having a passion for film, he wanted to attain a type of financial freedom that would allow them to tell the stories they chose in a way that had not been previously explored. The duo’s main style of filmmaking is documentary filmmaking and their gamble has paid off. Since the launch of Platinum Peek, they have served hundreds of clients in the US and internationally. They have worked with businesses and entrepreneurs of all sizes to grow their brands through creative storytelling and high-end digital marketing. They also launched another venture, Peek Wedding Films, which offers clients a customized form of wedding videography. Eriksen is the Creative Director of the venture and handles the editing, writing, and storytelling. His brother focuses on business development and growth in his role as Director of Operations. Eriksen went on to complete his B.A. in Philosophy and went on to take acting classes from Zac Efron’s former coach. This allowed him to polish his speaking skills and refine his acting skills as well. He has since landed several smaller roles while simultaneously pursuing his Master’s in Clinical Psychology from Pepperdine University. He will also start filming on a production in LA this summer.

Eriksen Dickens has been steadily rising in the industry, but he is not letting his success go to his head. Instead, he is investing everything back into growing the business while staying true to his blue-collar roots. In 2019, he was thrust into the spotlight while promoting Dirty Toes, a documentary on an entrepreneur living with cerebral palsy. He was also featured in print for his film, Magic in the Lane recently. With such a bright future and a firm plan for success, there is no limit to the heights Eriksen Dickens will reach during his career as a filmmaker and actor.