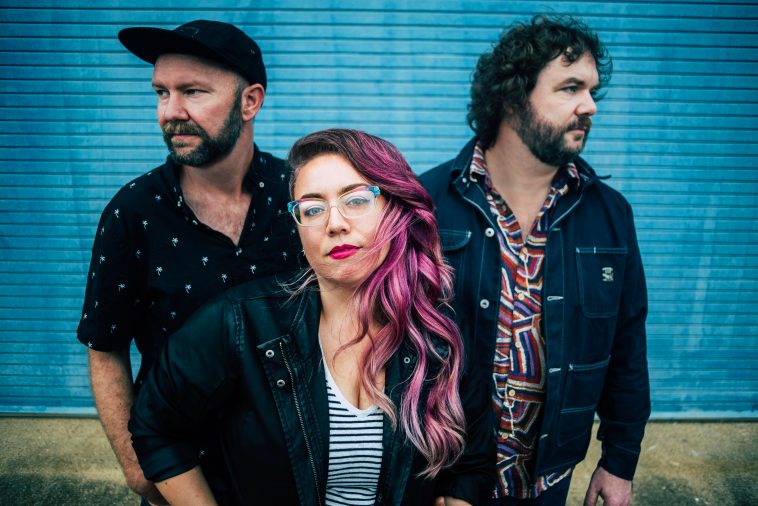 Nashville’s Americana pop trio Front Country, composed of multi-instrumentalists Melody Walker, Adam Roszkiewicz, and Jacob Groopman, delivers a thought-provoking and emotive new single called “Amerikan Dream.” The roots-inspired and pop-infused track narrates the idea that the American Dream has not been easy to reach for everyone.

“From our racist colonial roots to our economically divided present, the ‘American Dream’ has never really been accessible to all,” the group’s singer Melody said in a press release. “Since it is a belief more than a fact, the first step in changing it is to dismantle the dogma within ourselves so we can be free to imagine a better country together.”

Founded in San Francisco, the three-piece musical collective relocated to Nashville to create their third studio album, Impossible World. “Amerikan Dream” is the leading single off their upcoming 11-track record. Produced by Dan Knobler (Lake Street Dive, Rodney Crowell, Erin Rae), the album, “represents the next phase in the evolution of the band’s sound in which they allowed themselves to create without any rules and to flesh out the songs as they existed in their imagination,” Melody shares.

“Amerikan Dream” includes inspiring lyrics that make the listener stop and think about issues many of us grew up encouraged to worship. Featuring hard-driven basslines, an intricate dobro guitar, and Melody’s stunning soulful vocals, the single is Front Country’s strongest work to date.

Front Country is known for not only their storytelling and relatable lyrics but also their dynamic live show. The band has graced the stage at many prominent festivals, including AmericanaFest. In addition to creating music for change, Front Country is well known for supporting the Black Lives Matter movement and the LGBTQ+ community. They also partner with HeadCount to push voter registration at their shows.

We can’t wait to hear what is next from Front Country, but in the meantime take a listen to the riveting “Amerikan Dream” now.

What did you think of their new single? Tweet us at @CelebMix to let us know!