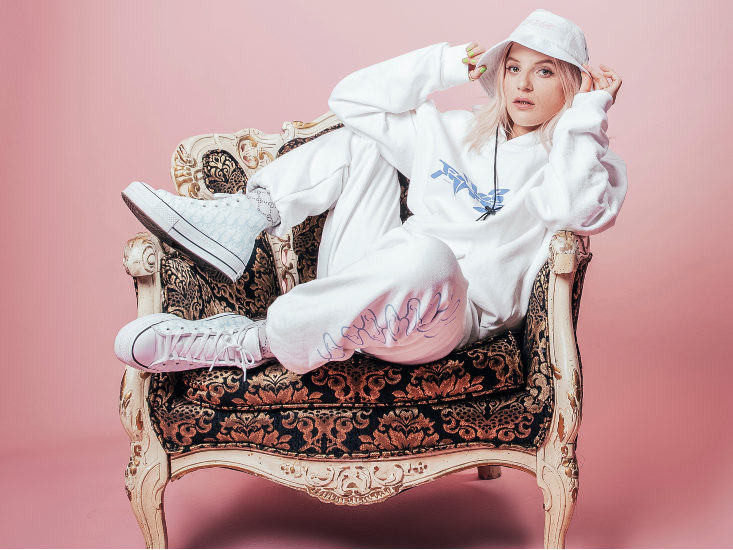 GG explains the song’s inspiration, saying, “Everyone has that one love that they can’t break away from… ‘Nervous Habits’ is a story about mine.”

DJ, producer, and singer-songwriter GG Magree burst onto the music scene in 2016 with the debut of “Frontlines,” a collaborative effort with NGHTMRE and Zeds Dead, accruing more than 28 million streams on Spotify. She followed with singles such as “I Wanna Lose You,” “Ghost,” featuring Jauz, and “Flatline,” with Sullivan King, as well as her amazing remix of Billie Eilish’s “Wish You Were Gay.”

GG has shared the stage with mega-artist such as Pharrell, DJ Snake, Wu-Tang Clan, Zeds Dead, Virtual Self, Iggy Azalea, NGHTMRE, along with a host of others.

On his part, Joey Fleming fronts the alt-punk band In Her Own Words. He’s dropped numerous EPs and albums with In Her Own Words, and makes his foray into electronic music on “Nervous Habits,” with its antiphonal lyrics.

As the two singers responds back and forth, Joey’s angst-laced tones juxtapose against GG’s silk-hued timbres, infusing the tune with dual layers of delicious intensity.

“Nervous Habits” delivers coruscating colors, along with intoxicating surging textures, all dispensed by two of the best voices around.

Let us know what you think of “Nervous Habits” @CelebMIx.