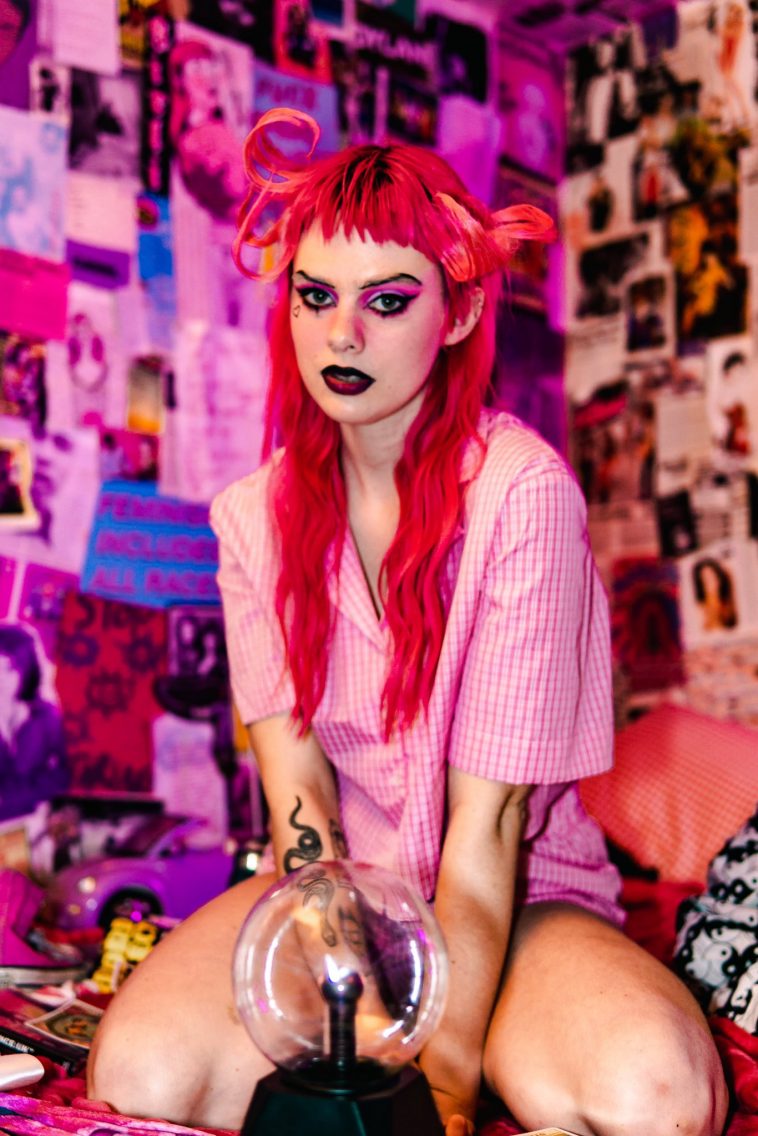 When GIRLI was on the verge of finishing her debut album, she titled her era ‘GIRLI 2.0’.

That record, Odd One Out, came off the back of a feisty teenage pop-punk artist cutting her teeth on rowdy underground gems such as ‘F**k Right Back Off to LA’ and ‘So You Think You Can F**k With Me Do Ya?’.

When the time for GIRLI 2.0 came around, the pop star switched to a bubbly electro pop sound to launch her debut album.

Odd One Out was a hit with fans and spawned stellar pop hits like ‘Deal With It’, but ultimately led to GIRLI being dropped by her label – an experience she has been outspoken about.

Winding up in a make or break time of her career, GIRLI spent time since then cultivating a new sound through singles which led to the Ex Talk EP, released earlier this year.

The best moments from that mini record were the big grungy punk choruses of ‘Passive Aggressive’ and ‘What a Shame!’.

On ‘More Than a Friend’, GIRLI’s latest single, the most impressive moments of the Ex Talk EP are amped up to make her most confident effort since Odd One Out.

A queer ode to a best friend turned lover, the alt-pop flick crosses the worlds of rock and punk.

GIRLI said: “I wrote this song about crushing hard on a girl who didn’t want me back.

“It’s about the sexual frustration of wanting someone so bad but knowing they just don’t like you like that.

“Falling for your friend can happen to anyone, but I think it’s a feeling that is particularly poignant to queer people; falling for a friend who perhaps isn’t the same sexual orientation as you and not being able to express those feelings for fear of being judged or losing that friendship. It’s sticky.”

The track is dripping in confidence and there’s a sense that GIRLI knows she is back better than ever.

If this is GIRLI 3.0, it could be the pink-haired star’s most potent recipe yet.

Are you a GIRLI fan? Let us know @CelebMix on Twitter.