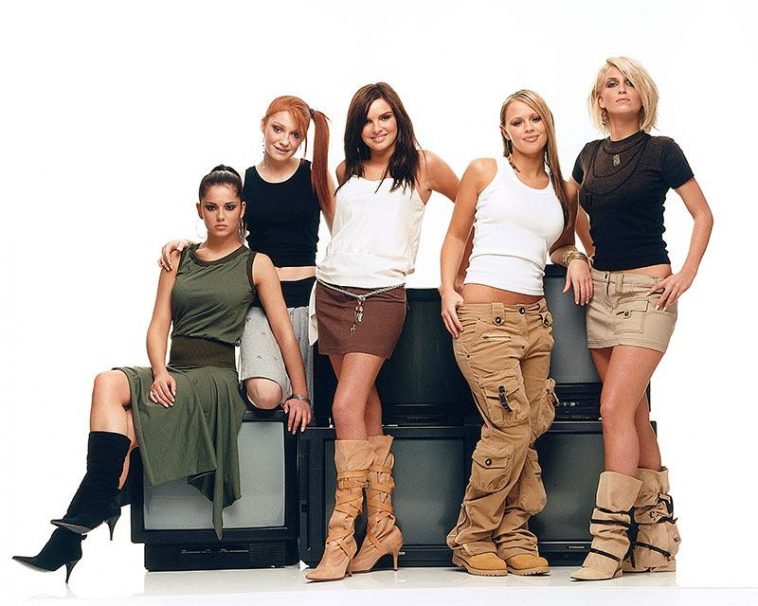 In celebration of their 20th anniversary, Girls Aloud have today (October 10th) announced they are to release a special vinyl edition of their debut single ‘Sound Of The Underground’, in collaboration with Polydor Records, with all funds raised being donated to The Sarah Harding Breast Cancer Appeal which is part of The Christie Charitable Fund.

Set to be released on Friday, December 9th 2022, the collectible 7” disc includes a never-before-released alternative vocal version of the hit song (previously kept under lock and key in the GA vault) as well as a sheet of “Buy Girls, Bye Boys” stickers – a cheeky nod to the marketing slogan used to launch the single back in the winter of 2022!

Only 5,000 copies of the vinyl will be available for purchase, so longtime fans of the group are encouraged to pre-order their copies now!

After beating their male Popstars: The Rivals competitors to the Christmas No.1 in December 2002, Girls Aloud’s ‘Sound Of The Underground’ went on to spend an impressive FOUR weeks at the top of the Official UK Singles Chart, and heralded in a run of 21 further chart hits each of which would go on to define a decade in pop!

Hosted by the four ladies, and presented by Fearne Cotton, the emotional evening saw performances by Olly Alexander , Kaiser Chief’s frontman Ricky Wilson and Will Young, with a live auction including an original canvas depicting the late Sarah Harding by the internationally renowned artistic duo, The Connor Brothers.

Girls Aloud and their record company Polydor will be donating 100% of the profits received from the sale of the 7” record ‘Sound Of The Underground’ (meaning income received less actual costs) to The Sarah Harding Breast Cancer Appeal which is part of The Christie Charitable Fund, subject to a minimum payment of £5 for each 7” record sold in the UK.

Let us know your thoughts on Girls Aloud over on Twitter @CelebMix now!