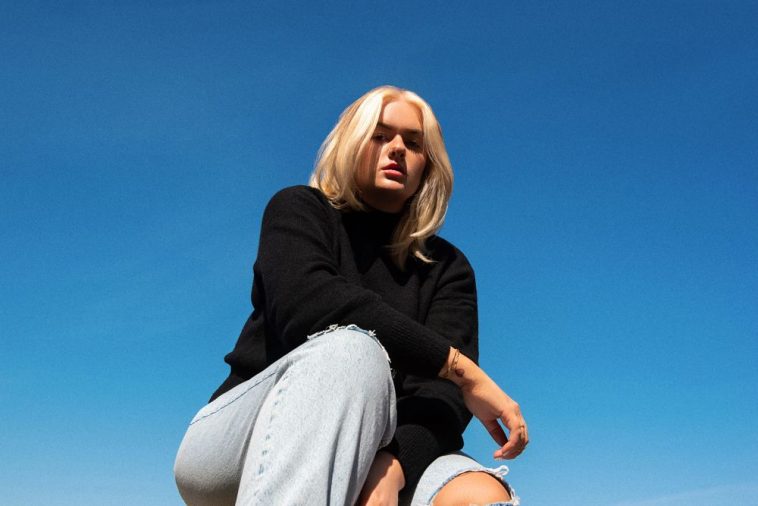 Grace Davies is a 24-year-old singer, songwriter, pianist & producer from Lancashire. She has been on stage since being tiny and making music is her biggest passion. Grace treats writing songs like writing a diary or going to therapy. In fact, she is able to get out all emotions and combat whatever she is going through by documenting it and making art out of it.

“2021 has been so hectic for me, but in a really really good way; I’ve been non-stop releasing since January and I’m about to head out on tour,” Grace tells CelebMix. “Considering what’s going on in the world, it’s been a really great year so far!”

This new song is extra special for Grace and means so much to her, so she could not be more chuffed to get have it out right now.

“It’s existed for around a year now and has been at the top of my pile of songs I wanted to release as it tells a really important story about a defining moment in my career, which I’ve not always been able to speak publicly about – but one thing I can do is write a song and express my emotions that way, so I think this song is going to mean a lot to my fans too and give them an insight into what’s been going on in my life.”

Grace wrote ‘used to you’ the day after she found out her label was unexpectedly shutting down and she would no longer be a signed artist: “My manager called me and said he had a large gin and tonic and a curry with my name on it, so I should get on a train and be around the people who love and support me,” Grace explains on her experience. “So I did, and I cried the whole way there.”

A relationship I had worked so hard to keep afloat was gone like a rug pulled from underneath me – and there was nothing I could do to try and save it.

This was an important song for Grace because it documents a heartbreaking and brutal event in her career, and whilst she was advised not to speak on the matter publicly, one thing she could do was write/release a song about it.

“It wasn’t the end of the world or the end of my career – but it truly felt like it at the time, and listening to it now makes me feel so proud of what I have accomplished as an independent artist. It’s one of my favourites for sure,” Grace adds.

The way Grace feels about this song a year later is how she felt about it the day she wrote it. The lyrics are painful for her to listen to even now, which tells her she poured raw emotion into it.

“I actually wrote the Mid8 a couple of months ago, which took the song to a whole new level sonically, but other than that the production and structure of the song has stayed pretty true to the demo,” Grace says on the creative process of her single. “I was so in love with the original version, I didn’t want to change a lot.”

Because of current happenings in the world, Grace ended up producing it over Whatsapp and Zoom, whereas normally she would be in the room: “I’ve always been heavily involved in how my songs end up sounding production wise, and Toby is an absolute wizard and so easy to work with,” Grace continues, “so whatever I asked for or threw at him – he totally got it and made working remotely a dream.”

With this song, Grace wants people to understand what she went through last year a little better, understand why she wasn’t perhaps herself and why there was a sudden switch-up in my teams and releases, etc.

“Although my lyrics are very much my stories, I try to leave them as open as possible for people to interpret in their own ways, and while ‘used to you’ has a niche backstory to it, it’s still very much a breakup song that hopefully lots of people can relate to,” Grace clarifies on the above.

This new song from Grace comes off the release of her upcoming EP, which is full of sad girl pop songs. Someone recently described it to her as “dream pop”, which Grace is obsessed with and, thinks, describes it perfectly.

“I love the feeling of euphoria when listening to a song, sad af lyrics with a release of emotions through the production – which I aim for often,” Grace expresses on the aesthetics of her EP. “I wanted to take my listeners on the journey I’ve been on, every up and every down and I feel like these songs really do that.”

Grace’s EP goes through a relationship from start to finish, a full 360, and every one of those songs is true stories of happenings in her life. And with the release, Grace just hopes people love them as much as she does.

“I’m going on tour in September across the UK & Ireland, which I absolutely cannot wait for,” Grace reveals as to what she has coming up for the remainder of 2021. “I hope to play a couple more headline shows before the year is up, got a couple of festivals still to go. I have 2 music videos on the way, one of which is my favourite ever ever ever, and obviously, the EP release is on the way. So all in all quite busy and lots more still to come!”