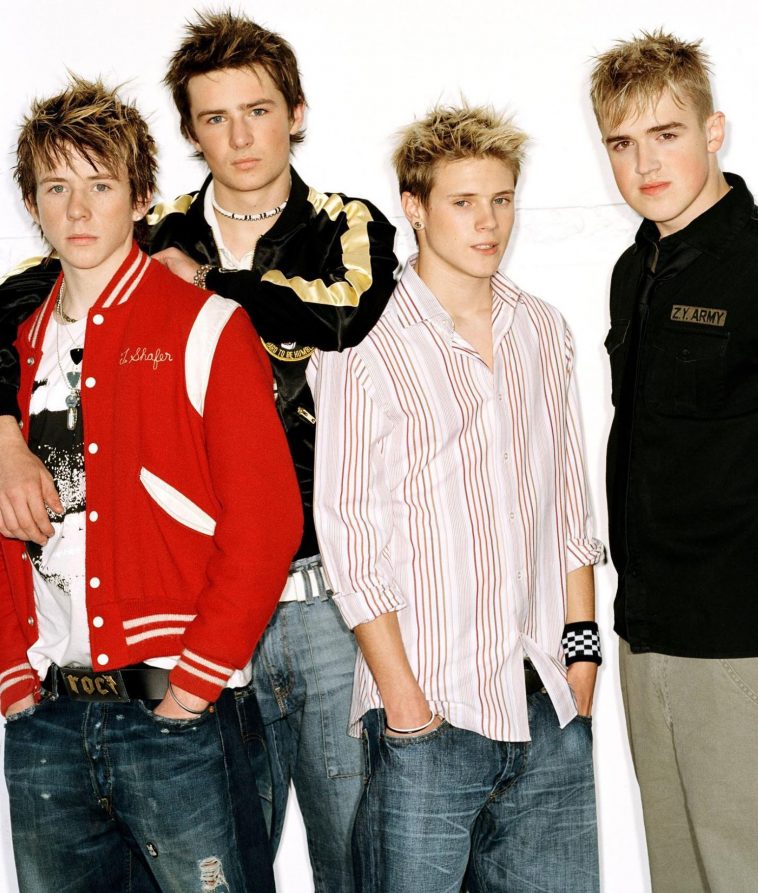 We often say: Times flies. Today is another chance to prove HOW fast times passes as McFly have turned 18 years old!

On this day, the 5th of August 2003, one of your most beloved bands formed and started their journey together. To celebrate their 18th band anniversary we came up with 10 songs which show why McFly are so special and why we love Tom Fletcher, Danny Jones, Harry Judd and Dougie Poynter so much.

5 Colours in Her Hair

First off, McFly’s debut single! They not only went to number one on the UK Singles Chart with their debut single 5 Colours In Her Hair, but thanks to 15-year old Dougie, they also broke a record set by The Beatles! McFly became the youngest band EVER to have a no. 1 debut album in the UK with their record Room On The 3rd Floor, which later went double Platinum.

All About You might be one of the most important songs for McFly fans, but especially for the boys themselves. Tom Fletcher originally wrote this song for his girlfriend Giovanna at the age of 14. The song later became the official Red Nose Day single in 2005, and also became the basis for Tom’s wedding speech / song with Giovanna in 2012.

The 2nd McFly album ‘Wonderland’ meant another world record for the band! The four-piece happened to be the youngest band to top the UK charts and completed the double in September 2005. In 2006, Danny, Harry, Tom and Dougie had the chance to extend their professional experiences on set, this time, as cast members playing themselves, a young newcomer band, in the romcom Just My Luck, starring Chris Pine and Lindsay Lohan. Besides the soundtrack, named Just My Luck, a single called I’ve Got You from their 2nd album was the most present track and very cleverly involved in the storyline of the movie.

We love an original McFly song, but we should not forget: They also shine when they give us a cover or two. Just like they did in 2005 with You’ve Got A Friend for Red Nose Day, or the sensational Queen cover of Don’t Stop Me Now for Sports Relief in 2006.

McFly fans – Galaxy Defenders –  you know how much The Heart Never Lies means. Not just for each one individually, but for the fans’ connection with the band. By the time this song was released we knew about certain issues regarding some band members’ mental health and other addictions, which used to be current at the time, but are now successfully battled. We’re a part of their journey, but at the same time, we can’t do more than sit, watch and wait. Our favourite made it through a lot of struggles and changes and still, they were fighting and they didn’t forget about their fans. With this in mind, the lyrics “Another year over, And we’re still together, It’s not always easy, But I’m here forever” got a way deeper meaning.

In 2010 McFly did the most logical thing there was at the time: With the first single of their album Above The Noise, they jumped onto the vampire hype and created their very own movie: Nowhere Left To Run. In case you didn’t have the chance to enjoy McFly in vampire mode, start with Party Girl.

The follow up single was a collaboration with no one other than Taio Cruz himself! To keep it short on this one: Shine A Light was such a hit that fans outside the UK were able to hear McFly on the radio more often with this song.

For the fans, Love Is Easy might be the cutest love confession to a fandom there is. The video shows Dougie, Harry, Tom and Danny in Beatles-ish suits on a small stage, recreating their own music videos and album covers, while singing their song. It’s a perfect way to show that they didn’t forget where they started. After winning the Brits, the Strictly glitter ball and the jungle crown: We are still a unit and they love us as much as we love them.

The pandemic showed us all our very own boundaries, how far we are able to deal with a situation and when it is enough. Since the world happened to be in lockdown in 2020, music was one of the mediums keeping us sane and opened a little door to a bit of normality, as limited as these options were. McFly supported the NHS in the way they know best and recorded a homemade version of All About You for charity.

In May 2020, Tom and Danny teamed up with Olly Murs, Niall Horan and James Arthur to create a very special version of Shine A Light. Yes, it was another living room performance, but it was another moment which literally shined a light and made us smile.