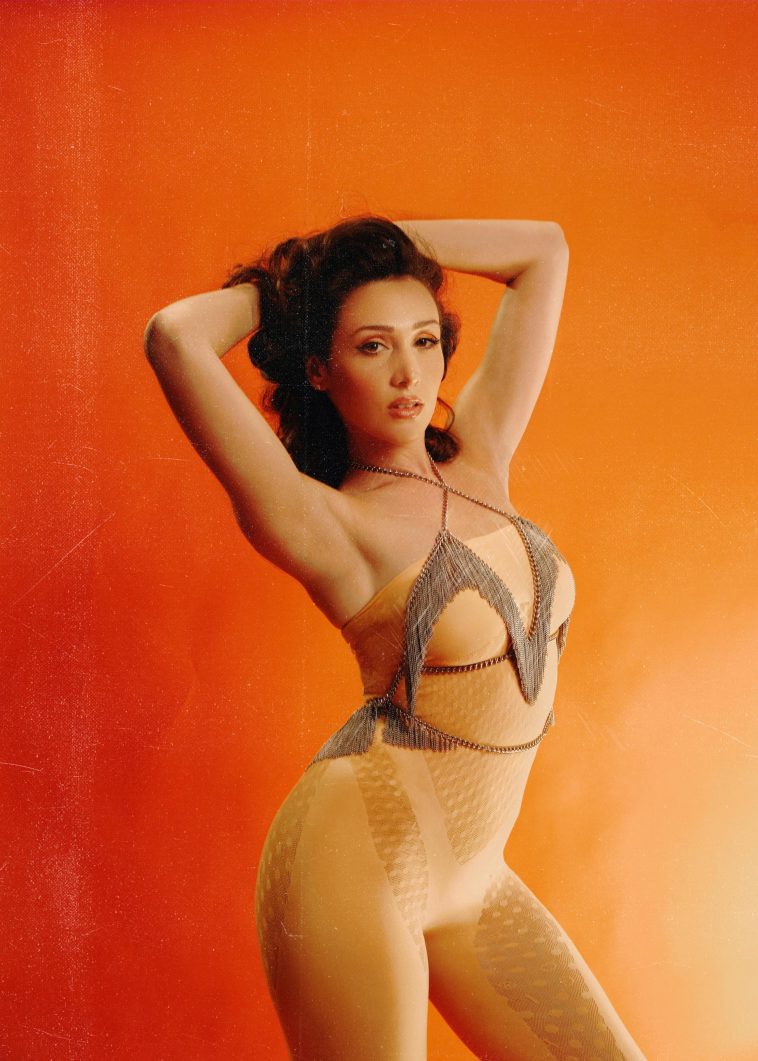 It’s getting groovy in here: HARLOE has just shared another glimpse into her forthcoming EP in the form of new song “PWR RNGR”. We sat down with the artist to talk about her new release, her favorite writing memories and K-Pop band K/DA.

Only a month after the release of her first offering of the year – the insanely catchy “Liquid Truth” which was co-penned by “Truth Hurts” writer Jesse Saint John – the LA-based artist, HARLOE, returns today with a disco-fueled mega bop.

Layered with punchy bass lines and sensual electronics, the release is a fresh breath of air in this already amazing release week. Delicately crafted and glittering in its magnificence, the track is as sexy as it is danceable. Basically think “Kiss Me More”, add a little more 80s-tinged sparkle and a huge boost of empowerment.

On par with this theme, the track arrives as the second track of hers that was not only co-written but also co-produced by HARLOE herself: “I’ve always done production but this project I wanted to really showcase it. It’s a big part of what I love in making music“, she explained to us during our interview. “I’m always learning new ways to go about it in the studio with other music makers, but [it] hasn’t been hard to learn since it’s creative and [there are] so many ways to go about it!“

This creativity really shows throughout the track and also serves as one of the main inspirations behind the release itself. When asked about it, she gushed that she felt “so excited to be writing again, and feeling in my power inspired me to write the song (…)! I was in a state of bliss being back in the studio with people I love. [This] made me want to make a song full of passion.”

The people she loves are – in this case – Jeff Shum (who also worked on Camila Cabello’s “Romance”), Keith Asker as well as Chicago rapper Mick Jennings who provides a guest verse on the track. “I’ve been a fan of [Mick] for a while and when making the song, I knew I wanted that fresh perspective and what he did completely blew me away“, HARLOE shared with us. “I love his melodies on it. They are so unexpected and everything the song needed!“

The song itself “came super naturally” according to the singer. “It was just jamming on the synths that the chords came about first. I was inspired by Teena Marie and the song “Lovergirl”. Anything that starts with inspiring chords gets me going. It all becomes a blur after that.“

Her creative process generally seem to flow quite naturally which should come as no surprise as a ton of superstars such as Kelly Clarkson or even Britney Spears have trusted her with songwriting their songs. Talking about her favorite writing memories, she shared that there are obviously a ton of good ones but one of her favorites “was working on K/DA! I went to the studio in Santa Monica and worked with Sebastian [Najand] on the song. From the first session, we knew we had something so special. Making “Pop Stars” I was able to take down every boundary and just have fun shouting “ AINT NOBODY BRINGING US DOWN”! I danced that whole session.“

After working a bit behind the scenes, building her repertoire and even releasing her first (very very good, we might note) EP, HARLOE then received her first bigger breakthrough as a main artist after providing guest vocals on Robin Schulz’ Top 40-track “All This Love”.

“It was pretty organic how it happened. I wrote the song with two of my favorite writers here in LA. Piano and vocals was what Robin heard when he wanted to do his version and take it to the next level. I LOVE how it came out, and so grateful for it’s success.“

Talking about the future, she mentioned that she’d “love to work with Rihanna and Timbaland. I feel like that would be something so different and epic.“

For now, we at CelebMix feel like PWR RGNR might be the song that pushes the singer into the spotlight she deserves to be in. But maybe Timbaland will come around and elevate her stardom even further.

For those, who like some visuals as much as we do, HARLOE has also shared a music video today. It was directed by Tyler Cunningham and sees the singer paying homage to several early 2000s icons including Christina Aguilera, Jennifer Lopez, as well as Mya and perfectly captures the fun-filled spirit of the track.

Be sure to watch the music video:

“PWR RNGR” is now available to stream and purchase on all digital platforms. It was released via Roc Nation Records, LLC today. According to HARLOE, more music (as well as her first live performance) are coming in the next couple of months so stay tuned.

What do you think about HARLOE’s new release? Let us know on Twitter @CelebMix.