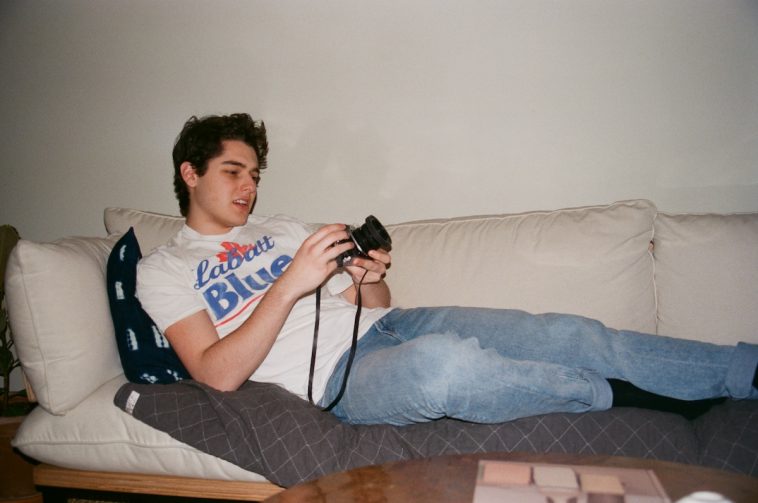 Dante Palminteri is an up-and-coming rock singer/songwriter and actor from NYC. His musical releases are written about relatable topics including heartache, mental health struggles, coming of age stories and lessons learned from falling in lust and love. Dante Palminteri’s latest unveiling is the hard hitting indie pop-dipped rock tune “Brunettes.”

In “Brunettes,” Dante shares with his listeners the kind of woman he is instantly drawn to romantically.  The artist confides, “the song describes the type of person I have always been attracted to.  Someone who takes me out of my comfort zone, and brings me into their world. It’s about being taken on a wild ride with someone, and loving every moment of it.” Through 90’s inspired grunge bass riffs, fuzzy layered electric guitars and emotional vocals, “Brunettes” is the crush anthem of the summer. The sing-a-long worthy alt rock tune reminds listeners that sometimes a little chase and cheeky romance is what we need to feel alive.

Dante Palminteri is not only a talented singer, songwriter and musician, but he is also a well known actor, landing roles in Netflix’s smash series Orange is the New Black and the comedic disaster film Sharknado 2.  He has further built a loyal social media following, often posting hilarious videos on his TikTok with his famous father Chaz Palminteri.

Inspired by the likes of John Mayer, Ed Sheeran, and Jason Isbell, Dante Palminteri turned to music to help with his dyslexia and anxiety as a child.  He attended the renowned Berklee College of Music and soon took those memorial experiences writing and releasing his debut single “Beautiful” in 2018.  With more music planned to be released this year, fans can expect future pop rock bangers from this inspiring songwriter.