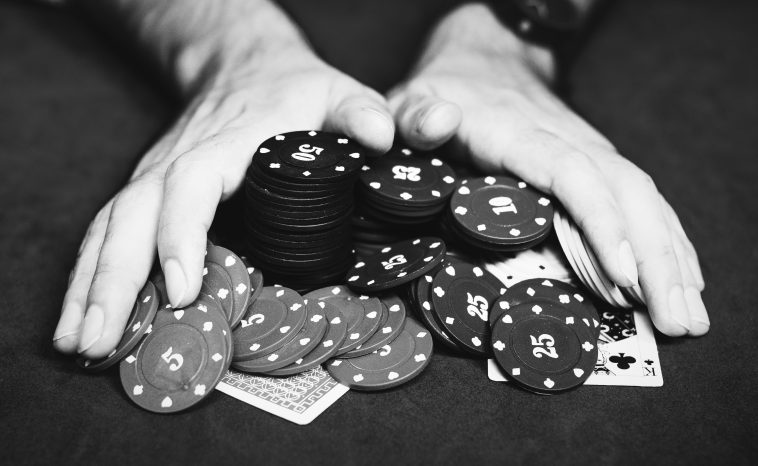 People gambling all their money away

Donald Trump, the ex-president of the United States, has always been projected as a successful businessman. He stated a net worth of $10 billion from his various companies, but many of them went bankrupt. As stated by the critics, one of the main reasons behind this is his management strategies and reckless attitude towards the work. However, people working with him say that he efficiently used the federal laws in his favor, which is a clear depiction of his keen business understanding.

According to several research and interviews conducted, it was found that Trump invested a minimal amount of his own money in the venture. He shifted his debt to the casino slots, earned millions of dollars in salary and other payments. It means his bankruptcy’s main burden fell on the investors and other stakeholders associated with his companies.

Even though Trump reported six corporate bankruptcies, it is interesting to note that he never declared himself to be personally bankrupt. He reported bankruptcy of his three casinos in the early 90s when various places in the United States were going through tough times due to the Gulf War situation.

After that, he declared the Manhattan Hotel and two other casino holding companies to be bankrupt. In this article, we will elaborately discuss all of his corporate bankruptcies. The details are either taken from his interview or other reliable sources.

The Trump Taj Mahal was a $1.2 billion casino resort located in Atlantic City. It started its operation in April 1990 and went bankrupt within a year during the summer of 1991. The place was unable to generate enough revenue and struggled hard to cover all the maintenance costs of this super luxurious resort at the time of recession.

Trump was forced to sell his private yacht and airlines to recover half of the cost and pay off the debts. It was the biggest and most luxurious casino at that time, which was built on 17 acres of land. The Taj Mahal Casino, however, recovered from bankruptcy and emerged back to the operation but later got closed.

This one was opened in 1985 and went bankrupt in the year 1992. This property was also located in Atlantic City, and Trump had the most difficulties in covering its operational cost. To recover from the situation, the Trump association sold a 50% stake to the bondholders. However, the casino is still operating under new owners and a new name- the Golden Nugget.

The Trump Plaza Casino, located in Atlantic City, was set up in 1984 and went bankrupt in 1992. It was a massive 32 story building with 612 rooms opened in association with Harrah’s Entertainment. The casino was closed in the year 2014, leaving around 1000 people unemployed.

The Trump Plaza Hotel is located on Fifth Avenue overlooking Central Park in Manhattan. Trump bought the hotel for $407 million in 1987. It went bankrupt in the year 19912, and at that time, the debt was more than $550 million. To recover from the situation, the company sold 49% of its stake to the lenders. Trump also gave up his salary and his role in daily operations.

After the association failed to pay its annual debt service payments, Trump sold his controlling stake in the hotel. Presently, the hotel remains operative with a different owner.

A holding company for three casinos, Trump Hotels and Casino Resorts went bankrupt in November 2004. The casino was under a $1.8 billion debt, and the association decided to sell some stake to the bondholders. However, the holding company emerged from bankruptcy within a year in 2005 with a new name- Trump Entertainment Resorts Inc. However, the company was still in debt, which pushed Trump to give up his CEO title and sell most of the stocks to the bondholder.

The holding company came out of bankruptcy in 2016 and became subsidiary investors of other casinos and hotels. The resort rebranded, renovated, and reopened in the year 2018.

There is no denying that one of Trump’s biggest talents as a businessman is his branding approaches. He made his brands quite successful and even released a book to reveal his business acumen. The Trump business line has been a significant failure as most of his ventures have either collapsed or been abandoned by him- he declared bankruptcy as stated above.

Since the 1980s, Trump has regularly ventured into various businesses, but his portfolio is filled with bankruptcies. Trump Organization was his father’s organization, is a real estate company which was passed to Donald Trump. Still, he had more significant aims related to business, and thus he catered to some high-investment high-risk options. He could not grow the brand; instead, he left all the stakeholders in a mess- deprived the employees of salary and investors of returns, and fought the lawsuits so that they have to pay less.

Apart from the resort and casino business, many other Trump ventures went ahead to become major failures. He started expansion in multiple markets, from real estate to education, but most of them collapsed if not all. From lawsuits to Trump University to Trump Vodka getting shut down, most of his endeavors met failure as he tried to expand his brand.

By going bankrupt, Trump left his investors and employees in the cold. They lost their money and job and were left without payment. Even though Trump’s ventures created jobs for thousands, it majorly failed to retain its status. He and his company faced dozens of lawsuits because of their failure towards clearing the payment.