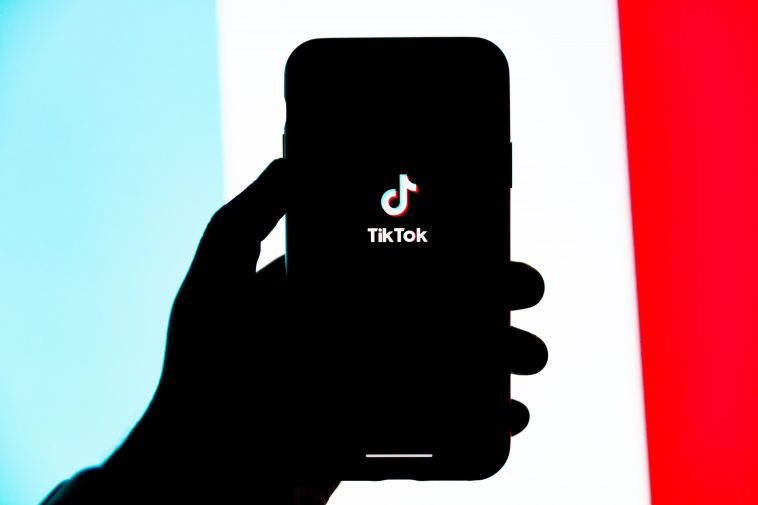 Ever since the love child of Vine and Musical.ly emerged from nowhere, people have been hooked. Especially since the lockdowns began due to the COVID pandemic outbreak, everyone seems to know what TikTok is.

And thanks to the lockdowns, most people had to get used to remote working and find some way of keeping their sanity while being closed into their homes. One of the main channels people use to let their creativity flow and connect to other people is TikTok.

Today, TikTok is not merely a way of being entertained. It has become a source of income for many and proved to be one of the many legitimate jobs in entertainment. Much like Instagram or Youtube, vloggers and entertainers of all kids get to enjoy the massive consumer base of the platform.

Entertainers can showcase their strengths and talents, and better yet, they can use the platform as a great way of marketing. This is not only for entertainers, but people who sell products as well. A lot of people who hand make products locally for a small audience constantly blog about how their products are made, packaged, or created.

But some people entertain with intangible things, like stand-up, dancing, or singing. It’s not surprising that with such a massive audience, TikTok takes care of their well-being as well.

Not only did a lot of current stars migrate to the platform – like beloved Charlie Puth, who is currently seemingly writing an entire album on the platform -, but a lot of very talented individuals found a large audience thanks to it. Without this being their priority, young talented artists are becoming famous through the app.

This can be likened to other platforms as well, where you could go viral one night and wake up famous the next, but TikTok does this more productively. Through its algorithm, you can more easily find people without previously liking or following them, meaning that these content creators can find a massive audience in a fraction of the time it took on other platforms.

At first glance, it seems like TikTok is taking songs some people know and love, and showcasing them to major audiences. Most of the time, these remakes become the center of trends, therefore more people use them, and more people hear them. But apart from reintroducing already known songs as remakes or on their own, TikTok also includes up-and-coming artists in trends, presenting them to a wider audience.

Both of these methods have resulted in TikTok making a huge difference in the music industry. TikTok recognizes and utilizes the fact that people discover and listen to music differently. Due to the short attention span of most young adults, TikTok offers snippets of the best music, and also allows small artists to use these trends to their benefit.

Other than showcasing new songs, TikTok artists can include their songs in trends by using the “sound” tab to make their songs available to use for anyone on the platform. This attracts more attention and passively promotes the artist.

An artist no longer has to advertise and promote themselves, because using their followers, they can count on them to expose their music by using the sound on other videos. This exposure is amazing for any artist, so over the years, more and more young singers and songwriters have emerged through the app, taking advantage of this opportunity.

Artists like Conan Gray, Trevor Daniel, Doja Cat, Ricky Montgomery, and many more have blown up thanks to the app alone. Their songs were featured in worldwide TikTok trends, and overnight they became world-renowned stars.

The most recent TikTok sensation is Olivia Rodrigo, who with her song “Driver’s License” reached millions of views and has become a well-known star. This overnight explosion proves once again that TikTok can do wonders.

When the app launched in 2016, most people didn’t even know of its existence. It blew up close to the pandemic outbreak when more people started using the app in their free time. Today, the hits trending on TikTok can even influence the billboard charts, when just a few years ago it was the other way around.

Even the aforementioned sensation of “Driver’s License” was a fairly unknown hit when Rodrigo first posted it, but because more and more people used the sound for their own videos – including already famous Charlie D’Amelio -, it became a hit in no time. Since then, Rodrigo has amassed more than 10 million followers in just a few months, with only ten videos posted on her channel.

On the other hand, a lot of already beloved artists are using the app in an amusing and creative way, like Charlie Puth who appears to be writing an entire album on the app. What once started as him blabbering about an idea he had now become a new sensation where he’s continuing writing his new album on the platform.

Ten seconds is enough for people to get hooked on a tune. The attention of young adults today is so short, that rarely will they sit down to browse through new singles, and listen to them all from beginning to end. Pair that with a simple trendy choreography that will grant them a couple more followers, and any song can go viral overnight.

Today’s generation doesn’t browse the news or the billboard listings to find new songs to add to their playlist. Instead, they listen to songs based solely on how viral it is. And what’s more important, is that older generations who don’t think like this get sucked in as well.

A viral video, song, or dance is capable of attracting two major audiences. The first is the teens who go where the viral-train takes them. The second is the older generations, who get caught up in it because they hear the songs everywhere they go. Instead of chasing after viral hits, they end up involuntarily looking for it, once it gets stuck in their head. This active and passive way of promoting is the best way to catch everyone’s attention.

TikTok uses this to its advantage, and introduces variety to its content, meaning that the songs which go viral are relatively unknown, and people on the app have a chance to discover new people, new moves, and new songs without having to take active steps towards this discovery.

Because TikTok is redesigning the face of the music industry, and influencing billboard picks, singles are changing significantly. Originally, artists had to jump through hoops to get discovered, and they relied on labels, networks, and other resources. Today, a single debut is just clicks away.

And audiences don’t even care if that’s sung in a car, in a parking lot, with a baby in your arms, or with no makeup on, using a subpar camera. Young adults are seen banging their steering wheels, making up words as they go, and they’re discovered by their audience. Soon enough, that steering wheel-banger one-minute improvised hit debuts on Spotify.

The Power of Social Media

Due to TikTok, artists no longer need traditional media platforms or even traditional methods to make a name in the music industry. TikTok is the best jumping board for people who want to expose their talents to the world. Some artists even choose to stay on that single platform.

But due to its influence, today TikTok is completely compatible with other social media platforms as well. Instagram, Facebook, and even YouTube have introduced a similar feature to TikTok, where you can scroll through very short content. This means that people who became known on TikTok can post the same type of content to other platforms, embedding it into their other profiles as well.

Is TikTok the New Sensation of the Music Industry?

TikTok undeniably has a huge influence on the music industry. Managers, producers, and artists use the platform to expose themselves to the world and reach a wider audience. It even introduced marketing techniques that huge companies and conglomerates use on a daily basis.

TikTok is also giving way to a new breed of influencers who don’t need expensive gadgets and huge sums of money to back up their content. It has become the home to creators of all shapes and sizes, and at the end of the day, even if exposure isn’t the goal, it’s incredibly fun to use, and an amazing creative outlet for those looking for one.