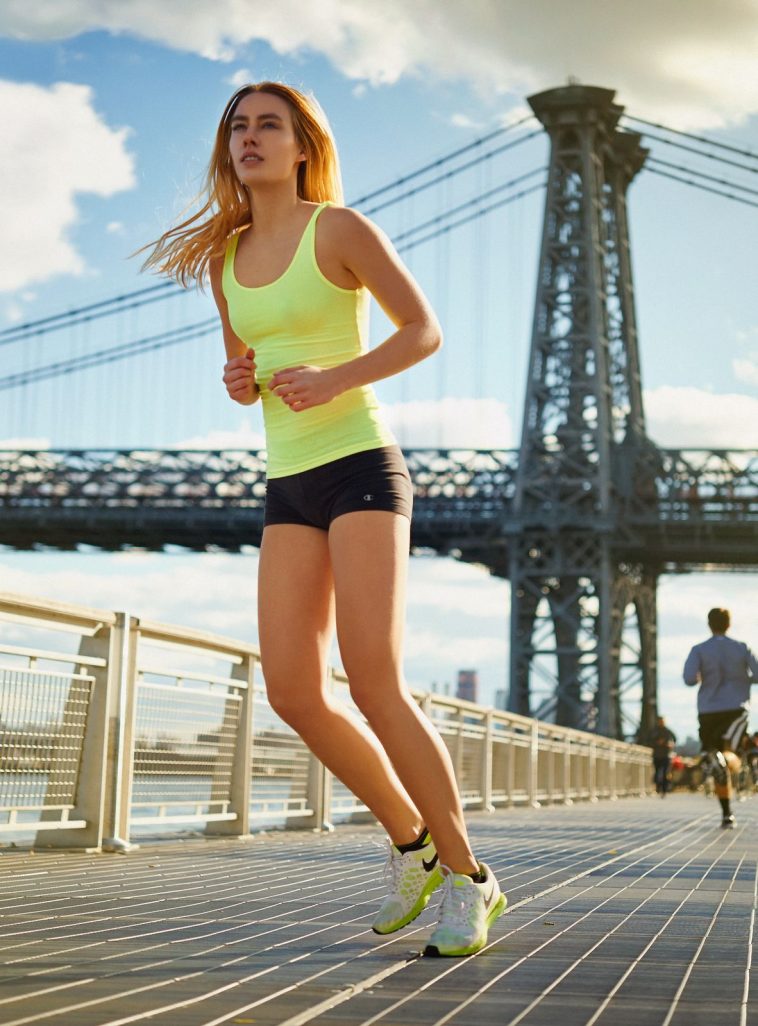 We have often seen models ruling the runways with their glamour quotient. Making a significant name in the modelling industry, Magda Swider has garnered fanfare from across the globe. The scintillating diva, known for her on-point fashion statement and fitness regime she has walked runways in Los Angeles, New York, Milan, London and Paris.

Los Angeles fashion week is over but Magda has been recently seen on the catwalk in San Diego, California walking for Kenneth Barlis and Coral Castillo. They are both a great talented designers who have been taking part in Project Runway which is an American reality television series that premiered on Bravo TV.

After a smashing career as a model, Magda is now gearing up to make her foray as an actress. Yes, you heard that right. Participating in international fashion shows has given Magda exposure on a global level. As per the latest development, the gorgeous model is in talks with an OTT giant for a Hollywood web series. Looks like Magda is set to sizzle on digital screens with her much-anticipated breakthrough in the digital space. Born in Krakow, Poland, she is currently based between Los Angeles and London.

While the details of her maiden project are still unknown, the grapevine has it that Magda Swider will feature in a high-octane action series. For the same, the model is already spending significant time in the gym. Well, fitness has always been crucial in her life, and she takes a healthy lifestyle with utmost seriousness. Not just because Magda’s profession demands her to look the best, but because she considers living life with a holistic approach.

The paradigm shift from modelling to breaking into the incredibly competitive world of films would be a challenge for her. However, she looks confident about making a successful mark as an actress. On being asked about the news of her acting debut, Magda Swider was unavailable to comment. Well, only time will tell if the model is getting into the cinematic world to weave magic with her impeccable beauty.

Moreover, Magda started her career at 15. Since then, there has been no turning back for her. She has not only walked runways but she has worked  with top photographers and fashion houses. Some of her remarkable collaborations were with the global fashion brands Miu Miu, Fendi and Jimmy Choo. In her professional horizon, she has been published in fashion editorials including: Marie Clarie, Harper’s Bazaar, Vogue, Elle, L’Officiel and Vanity Teen. Earlier this year she even walked the stage at London Fashion Week, Milan Fashion Week and Los Angeles Fashion Week. And let’s not forget, her brilliant appearance at Cannes Film Festival and Venice Film Festival this year which adds fuel to her news of venturing into films.

The supremely-talented model at the Venice Fashion Awards won a trophy of  the Best Top Model of 2022 Award. Besides this, Magda has a busy year ahead with an interesting line-up of projects. Currently, she is managed by Cyrus Models Agency, one of the frontrunners in talent discovery and model management. We wish Swider loads of luck for her promising innings into the world of lights, camera and action!