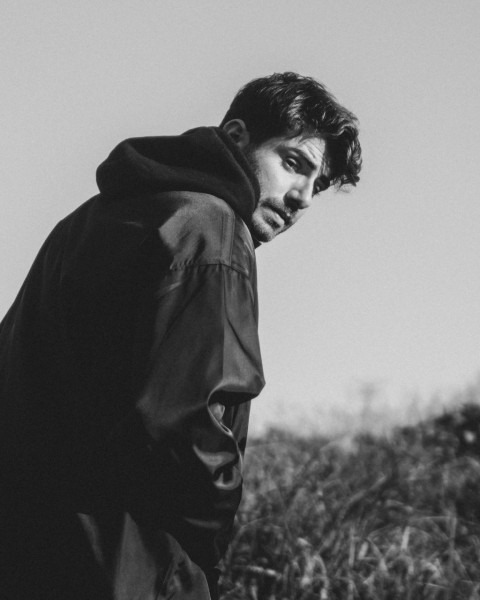 Talking about “Faster,” Kev says, “I hate when couples call each other their “partner in crime”. My guy, you and Trent are going to Chipotle, you’re not committing federal offenses. So, what if you actually committed a crime? What if you and your ‘PIC’ robbed a god damn bank together. Bet you’d turn on one another real quick huh? Money feels better when you don’t have to share it. Fuck outta here.”

At the age of four, Kev began playing the piano. Once on the musical yellow brick road, he didn’t wander off in another direction. In 2020, he released his debut EP, Saint KDKV, featuring “Soon” and “Everything’s On Fire.” “Everything’s On Fire,” a song about the end of a relationship, took the third spot on the Commercial Pop UK Club chart.

“Faster” opens on gleaming shimmers of color, topped by Kev’s deliciously evocative voice, a voice at once edgy and sighing, as well as alluring. Brimming with captivating leitmotifs, “Faster” pushes ahead with vibrance, ebbs and and rises on seductive textures, and beguiles listeners.

CelebMix caught up with Kev Kelly to ply him with questions about what inspires his music, his definition of tone, and which artists he’s listening to right now.

My dog, Timber, my family, and DirecTV NFL Sunday Ticket,

Are you satisfied with the way the video turned out?

What’s your definition of tone?

When you bulk up and then diet and start lifting weights. My mom always told me to watch my tone and I still haven’t learned how to do that.

Did your sound develop naturally, or did you deliberately push it in a certain direction?

I have never thought about it. I just make whatever is in my head.

I don’t know about specific artists. I just watched a lot of TV and movies and wrote songs I thought would fit better than the ones they chose.

When my sports teams rip my heart out and spit in my face repeatedly for decades, but I still love them all the same.

Which comes first? Lyrics or melody?

I don’t know what to expect next week let alone six months from now. The pandemic taught me to never promise to show up anywhere at a certain time. But yes, more music.