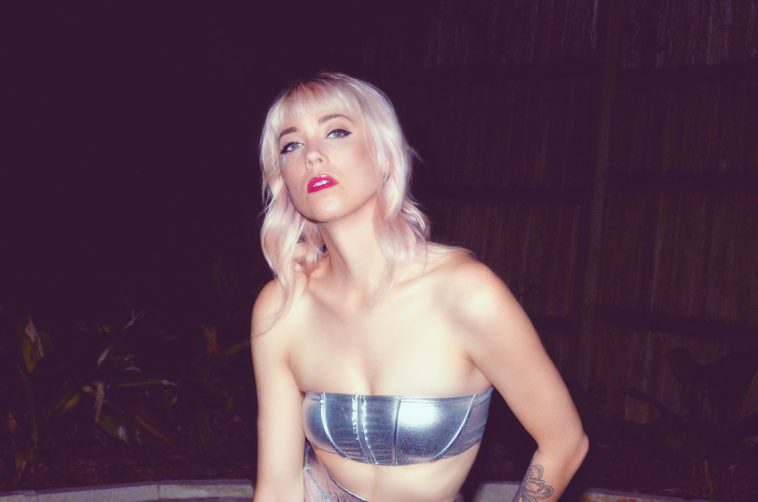 DOSSEY is a pop artist out of Texas and prior to the release of her brand new single, “Animal” [a little bit more on that song later in the piece], the Austin native released her anthem, “This Feeling“, a song that sees DOSSEY explore the story of unmistakable love.

Speaking to CelebMix on the creation of her namesake, the pop artist reveals that it is a name that gave her individuality, and it still does. “It makes me feel strong and powerful,” she emphasises to CelebMix. “I was always called that because there were so many other Sarah’s – DOSSEY was just easier, and also super empowering to me.”

DOSSEY on how she is doing in the current (COVID) climate

Going into detail on her then new single “This Feeling”, DOSSEY explains to CelebMix that the song is about that unmistakable feeling you get when you know you’ve fallen in love with someone. “Even if you try to fight it, which I did for a long time,” she continues, “when it’s the right one, you can’t escape it.” For DOSSEY, that feeling is a weird weightlessness, heart beating fast, palms sweaty, miss-you-all-the-time, feeling.

What was the creative process like for the single?

I came up with a basic melody for the chorus and bassline / drum groove and brought it to Taylor Webb, who ended up helping me finish the song from a writing perspective and produced it. We had most of the track done by the first day, then brought it into a room with a few other musicians, including Matt Noveskey (Blue October) who tracked that incredible bassline you hear on the record in just a couple passes.

This is real. When I was first dating the guy I would end up marrying, I fought the feeling of actually being in love for a long time, because I was so young, and thought I wouldn’t find the right one until much later. I’m glad I was wrong. [wink face]

We recorded it last year. New music just takes a while to get all the way down the line, sometimes. We had to massage the original recording a bit mix-wise, to get it sounding fresh.

This past weekend DOSSEY released her newest single “ANIMAL”, a song that sees the Texas-based artist explore the story of empowerment. In fact, “Animal” packs a much heavier punch than her previous singles, which has given DOSSEY more than enough of a platform to clearly deliver the importance that is self-empowerment.

“Still writing new stuff all the time,” DOSSEY assures CelebMix at the end of our chat as to what she has coming up next. “I’ve been producing more. And I have two more singles and a video coming out this fall,” DOSSEY concludes.