Jamie O’Hara began his football career at Arsenal’s academy before signing for his first professional team Tottenham Hotspur. He then featured in every game in the FA Youth Cup and played in Under-18 and reserve matches.

From there he had loan spells at  Portsmouth, Blackpool, Fulham and Wolves. In 2016, he played for Gillingham, but now he celebrates his first year playing for Billericay Town in Isthmian League Premier Division.

However, life has changed, and O’Hara got to the point where he would sign up for Celebrity Big Brother. With this decision, he became the first active professional footballer to be a housemate on the reality show, which he really enjoyed.

We were really interested in Jamie’s career and wanted to ask how he became a reality star. Now you can read our interview with him below!

Hello Jamie. We’re so pleased to talk to you. How are you doing since Celebrity Big Brother is over?
Big Brother was crazy and put me into an industry which I love and so many things I’m enjoying right now.
From footballer to a reality star – it’s so exciting! Please, tell us how a professional footballer becomes a reality star!
I was struggling with injuries and wasn’t at a team. Big Brother got in contact and made me an offer I couldn’t refuse.
Why did you want to be in CBB?
I wanted to show people the real me and not what people read. It was always an experience I wanted to try as well.
Did the show give you anything as a person?
Yeah, it made me realise that you can’t please everyone but being yourself is okay. People liked me so that was good.
What did you like the most about being in the show?
Meeting new people. I have never taken part in a reality show before and because it was an all-star series, the different characters made it really entertaining.
But we guess football is still the first. How could you keep up with what’s going on?
When I came out I wanted to get back to playing football because that’s my passion. Although injuries have made it hard to stay fit, I still love it.
From Arsenal’s academy, you moved to your first professional club, Tottenham Hotspur. What are your best memories of playing for Spurs?
Making my full debut against Arsenal is an amazing memory, and being involved at two cup finals with them was absolutely a dream come true. 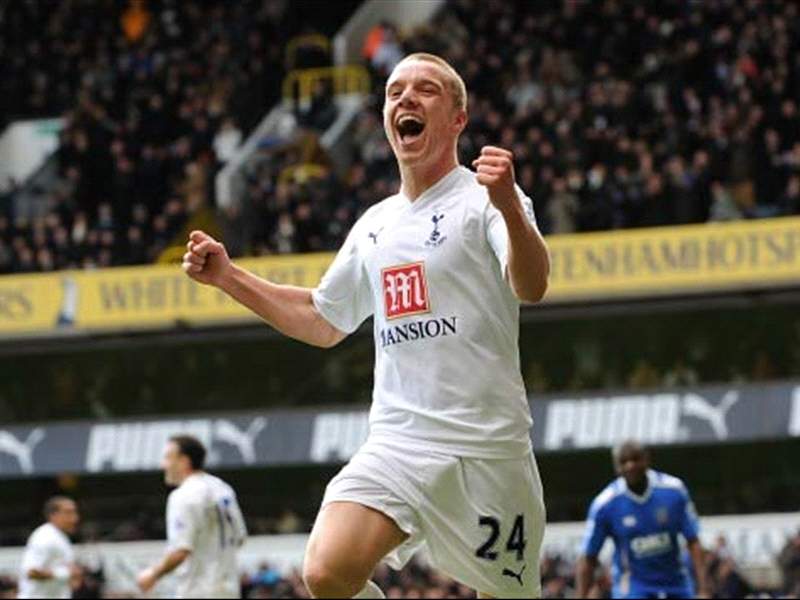 Did you easily fit into another team?
Fitting into new teams was easy for me since I get on with everyone and I just want to enjoy playing football.
What is the strength of these academies?
Being at top academies gives you the best training and you learn a lot how to play the game. Getting loads of practice is essential, so I wish there were more academies.
Why do you think is the English youth training one of the bests in the world?
Football in the UK is so massive worldwide so the best teams have the money to get the best facilities and coaches in. England produces loads of talented players, they just don’t let the opportunities at the top as much as other countries.
There are many talented young players in other countries, too. However, few of them get the chance to play in top championships. What could be the reason?
The problem is that the Premier League is the best league in the world, and that’s why every player wants to play in it. It attracts the best players from all over, the money is huge and brings in the best. More needs to be done for home grown talent coming through.
Throughout your career, you have played with several world-class players. Who do you think is the best?
I have been very lucky to play with some fantastic players. Luka Modric, Gareth Bale, Dimitar Berbatov and Robbie Keane were the standout players who were a class above.
You have played in the Premier League with Spurs, Portsmouth and Wolves. Which coach did you learn the most from?
Juande Ramos at Spurs was a really great coach. He taught me a lot in terms of positioning and getting on the ball.
And you also learned from your fellow footballers, right?
Yeah! Robbie Keane was our captain, and I learned a lot from him. He would always try and keep me in check when I got carried away.
Can you remember your very first career goal?
I don’t actually remember my first goal but it would have been for Chesterfield. I went on loan there when I was 17 and done really well.
That was the start of something great! But which one of your goals are you most proud of, and why?
My first goal for Spurs in the European cup is the goal I’m most proud of. It was my boyhood dream, and finally, everything I sacrificed to get there had paid off.

You can celebrate your first anniversary of playing for Billericay Town. Was this year a good one to remember?
It’s been a rollercoaster this year. I’ve had ups and downs, but I’ve learnt a lot and I’m still enjoying everything. A bit less drama this year would be nice though.
What do you think about the club now?
It’s great to be part of a club with a story and an ambition. It’s run amazingly well and everyone wants to be there, I love it.
After playing for Premier League clubs, wasn’t it a big change to play in the Isthmian League Premier Division?
Yeah, it’s obviously very different. The standard is not the same, but there are still some very good players playing at this level, too. There’s no comparison to Premier League or Championship, the teams are well run with good coaches, and the players are talented.
Your sons are really young, but do they want to follow their dad and become a footballer?
My eldest, Archie is at Aston Villa and they really like him. But they all love football and don’t stop going on about it when they’re with me. I spend all my weekend kicking the ball around with them.
What would be the biggest thing you would like to achieve in your career?
I’ve achieved a lot in my career. Going into other things is always scary, but as long as I’m happy and I’m working that’s enough for me.
Thank you so much for the interview! Is there anything you’d like to share with our readers at CelebMix?
I’m currently involved with a new drink company called Prüvit. It’s a ketone drink which is amazing for fat loss, energy and focus, so if any of you are interested, please get in touch.

Did you like this interview? Make sure to tweet us at @CelebMix and tell us what you think about Jamie O’Hara and football!