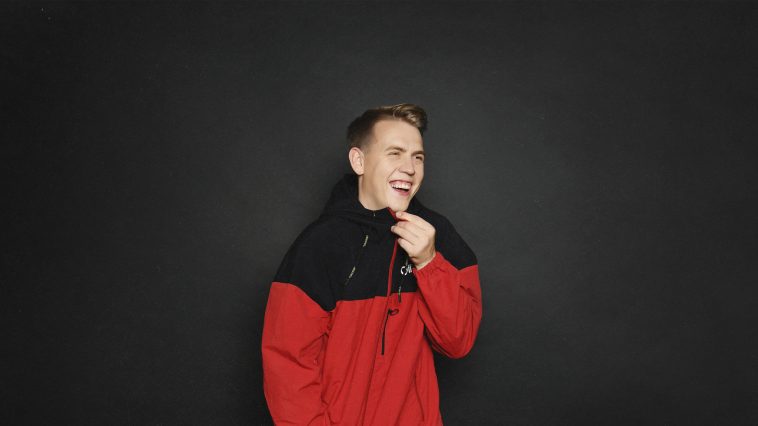 We chatted with Martin Jensen, a Record Producer & Multi-Platinum DJ that with more than 2 Billion global streams has become an international artist.

Among his global hits like “Solo Dance” & “All I Wanna Do” Martin has worked with international artists like Ed Sheeran, Katy Perry, Jason Derulo and many more.

Martin has played in front of hundreds of thousands all around the world at some of the planet’s biggest and most prestigious festival such as Tomorrowland, World Club Dome, Lollapalooza etc. with a reputation of zero disappointment. He also took part in this years season of X Factor Denmark 2021 as the new judge together with Oh Land and Thomas Blachman. With a driving force within dance music, performing and entertainment, Martin shows absolutely no signs of slowing down anytime soon.

We asked him about his latest releases, being a first DJ judge in X-Factor, and plans for the future.

Hey Martin, thanks for speaking with us! We love your new single ‘Faith’ – from your socials, it appears it is a very personal song for you. Can you please tell us about what inspired both the lyrics and production?

So, I got the topline from Amy and Dan and I was like “holy shit, this is basically my life. I need and build a track around this!”. So, I went to the studio and played around with some ideas I had in mind for a super cool production. I’ve actually not touched the production since the first draft which was three years ago and now, after all that time, we’re finally releasing as the song was when I last worked on it.

‘Faith’ takes on a slower pace with still one foot firmly in the dance world, compared to your previous releases; was this a conscious decision after fans not being able to party at live shows due to the pandemic?

No, because as I just mentioned this song was made three years ago before the pandemic. So it was a very long time ago. I felt this song had to be a lower tempo because you can’t push this up on the BPM because it feels right at this pace, it feels like you’re touching the nerve on the song. That’s what the production was trying to achieve.

Speaking of which, how has the past year been for you?

Covid has of course been very difficult for everyone and as many of us know in the music industry, it’s had big impacts for our scene. But my team and I we’ve been very proactive at trying to do different projects to keep busy. We’ve done a bunch of big livestreaming shows, I’ve been working as a judge on X-factor on Danish TV – I’m now actually doing season 2. I’ve also continued to release music and connect with my fans. It’s been a very different time for us all but it feels like we’re making progress as a community within our scene, which makes me happy to see.

You’ve been keeping very busy with other project commitments too after becoming the first ever DJ judge on X-Factor over in your home country of Denmark – congratulations! What a huge move! How have you found the process from auditions, to mentoring?

Thank you for saying that. I would say that now I’m doing my second season of the show. It is a lot easier for me now because I am more used to the set-up and how it all works. I’ve taken a lot from the experience and moved it into my own world as a DJ, on what I can do better, how I can improve myself and my show. Like with the talent on the show, I’ve done so much preparing and developing on how I can make my shows better and ways to make myself a better artist. It’s been really rewarding for me, both as a judge and as an artist myself.

Is being involved with developing artists something you’re interested in doing more of in the future? Will we perhaps see you launch a label, like many artists do?

I was working on a label and started it pre-covid but as many know, it’s not cheap to start a label. It costs a lot of many so when the pandemic hit, I decided to wait but yes, it is something I am still planning to do. The goal is also to bring through new talent and help them develop via the label. Because of this goal in mind the label needs to start strong so there is a solid platform for artists to be a part of the project.

‘Faith’ is a solo release from you but you’ve also collaborated with some brilliant names on your productions such as Olivia Holt, James Arthur, Georgia Ku and more – what is it that draws you to a collaborator?

Most of the time when the song has been written, I am looking for an artist who can come on the track and give it something special. So, I am looking for a collaborator who can bring a new touch to the song say someone like James Arthur or whoever it is, simply to give it a new direction.

I’ve just played a great set at Ministry of Sound London with Sigala for Christmas and then I am also busy adding final touches to my next single, coming very soon. After that I’ll be looking to take a little break, hopefully getting some sun and to relax ahead of X-Factor starting in 2022, where I’ll need to be 200% focused for the show. I also have new music coming up in 2022 and will be announcing touring dates for the first part of the year, so keep an eye out on my socials for more news from me about that.

Thanks for talking to us Martin, have a great day ?

No, thank you for having me on!