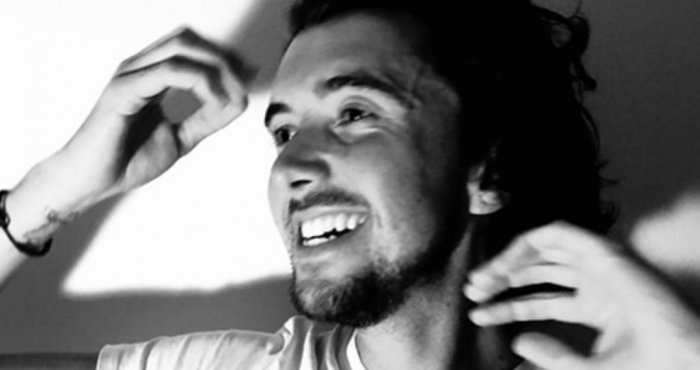 We all rooted for Ireland’s Ryan O’Shaughnessy at the 2018 Eurovision Song Contest, and we are now inspired by the 27 years old singer-songwriter and actor, who has led an incredibly successful and diverse creative life for a relatively young artist.

He began his career at the age of 8 in television, where he portrayed Mark in the Irish soap opera television series Fair City. Only a decade later, he decided it was time to turn his focus from acting to music, so he began studying at BIMM Dublin. There, he wrote numerous songs and appeared on the finals of both The Voice and Britain’s Got Talent, performing his song “No Name,” which has gained over 54 million views on YouTube.

Soon after, he took part in the Irish songwriting competition ‘The Hit’ and released the song “Who Do You Love” before representing Ireland at Eurovision in 2018. At the world’s greatest singing contest, Ryan O’Shaughnessy performed “Together,” a song about same-sex relationships, becoming Ireland’s most successful Eurovision entry in over 6 years, finishing 16th in the Grand Final.

Now, Ryan has released his new single “Lucky One” after two years, coming home from a long trip in America, filled with amazing experiences. The song was co-written by O’Shaughnessy and Hustle Standard, produced by Hustle Standard and recorded near the Los Angeles International Airport just before the California “Stay At Home” order was implemented during the COVID-19 pandemic.

The accompanying video is comprised of footage from O’Shaughnessy’s recent trip to South America, chronicling his experience through photos and videos.

In our interview, Ryan O’Shaughnessy talks about his new single, his Eurovision journey and why he thinks he is the “lucky one”.

You spent your teen years on Irish screens, portraying Mark in Fair City. Why did you decide after all these years that music is that you want to pursue in your career?

I was always playing music from a young age, coming from a musical family, it was the norm. At Christmas parties, everybody has to have a party piece, so at the age of 4, mine was “Where Is Love” from the musical Oliver. An opportunity came up to join a band when I was 17, and having spent half my life in the film industry, I felt it was time to learn more about the music industry. I haven’t looked back since.

It was also inevitable for you to stand on the big stage of Eurovision one day, as your uncle did just the same! Was there any great advice that he shared with you?

He told me not to try too hard and just enjoy the process. I’m quite close with my uncle as it is, so I took this advice on board and I think it really helped me to relax on stage in the knowledge that over 180 million people are watching all over the world. It was daunting, but his advice allowed me to keep a cool head.

Please, tell us how you look back at this experience in 2018!

It seems like a lifetime ago now, and it all went by so quickly. I look back with fond memories. We spent a total of two weeks in Lisbon, working hard and partying like rockstars – if there’s one thing the Eurovision community knows how to do, it’s throw a party. Most importantly, I wanted to raise awareness for gay rights all over the world which we succeed in doing. I still get messages from people who have come out to their families after watching our performance at Eurovision.

Your Eurovision song “Together” is indeed a song about same-sex relationships. Why did you think it’s important to talk about this topic?

As a straight man growing up in Catholic Ireland, it was very hard for a lot of my friends to accept their sexuality and I don’t want my nieces and nephews to grow up into a similar society. Ireland was the first country to publicly vote for same-sex marriage and I wanted to make sure we were bringing a positive message to Eurovision that Love Is Love.

As a big fan of the contest, what did you think about its cancellation and who would be your winner this year?

It’s really unfortunate that the contest couldn’t go ahead. I know how much the fans live for this time of the year but everyone around the world is making sacrifices right now and it had to be done. In my eyes, Iceland was the clear winner this year and I know that a lot of people would agree with me.

How do you think you’ve changed personally and musically since Eurovision?

I have spent a lot of time in the past two years travelling and making connections with people from all over the world, and one major side effect of travel is personal growth, but in saying that, I think everyone is a constant work in progress, some days I think I have it sussed and some days I’m wondering if I’m doing it right. “Lucky One” is a reflection made on a good day, it’s uplifting, filled with gratitude and acceptance. I think travel has helped me to be more honest with my music.

There is no physical connection between people at the moment, so your new single will definitely resonate with all of us. Please, tell us everything about the creation of “Lucky One”!

Funnily enough, The Hustle Standard and I wrote the song two weeks before the lockdown was announced, so the world in my eyes was already a little disconnected. When co-writing, writers share their deepest thoughts and feelings, and during that session, I felt elated with gratitude for having the outlook on the world that I do. I wanted to get across the idea that there are so many questions and mysteries in this world and that’s the beauty of it all. We can’t be happy 100 per cent of the time but the journey back to happiness is where we show our strengths. With the video, I wanted to make a collage of moments from my journey through South America in 2019 which helped me to realise how lucky I really am to be able to see the world for the beautiful place it is.

We can’t be happy 100 per cent of the time but the journey back to happiness is where we show our strengths.

So, do you actually think that you are the “lucky one”?

For all the experiences I’ve had in my life so far, I think I’m extremely lucky. From acting to the Eurovision stage, to each round of golf I play with my 84 years old grandfather, just pausing and realising how special all those moments are makes me feel lucky.

How did a versatile young man like you spend his time in lockdown?

My first 50 days were spent in Los Angeles, living in a recording studio with two fellow Irish musicians, a very productive and vibrant atmosphere at such a worrying time for many, which I am super grateful for. Before lockdown, I was working with some of the best producers and writers in LA, and it’s since moved over to Zoom sessions which I find really productive and useful. I flew home to Dublin at the height of the pandemic and have since been self-isolating. I organised a digital writing camp for writers and producers all over the world who need a creative outlet at this time which has been really successful. I’ve also been planning my next few singles which I’m really excited about sharing with the world. Good food and exercise is how I keep my head focused on being as productive as possible.

That sounds exciting! What will be the first thing you do when lockdown ends?

Hugs for everybody. This time has really made me appreciate hugs.

We personally think that great things happen to you if you work hard for them – and you did just that! How do you feel about releasing your new single?

With every release, I feel like a part of me is being shared with the world, that’s a vulnerable position to be in, seeing as I give a lot of myself in each recording. The same goes for “Lucky One”. As an artist, if I can give a piece of myself so that at least one other person can feel something, then I know I’m doing my job right.

What do you think about Ryan O’Shaughnessy’s new single “Lucky One”? Make sure to let us know your thoughts on Twitter @CelebMix!