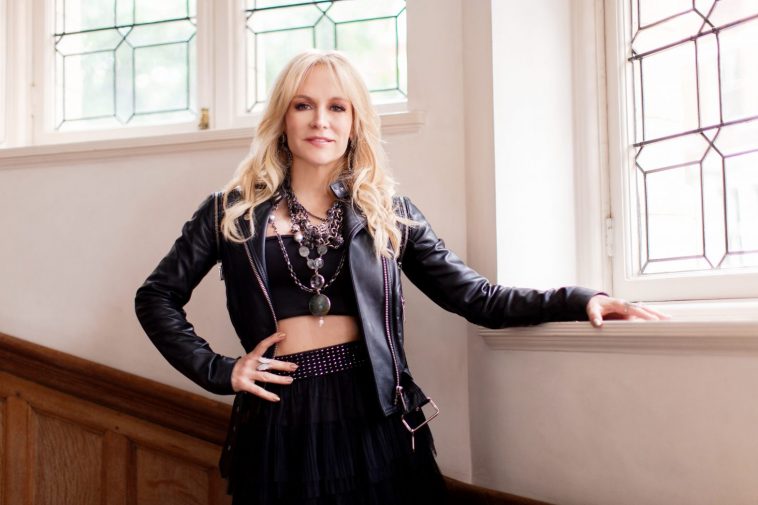 With the likes of Dua Lipa and The Weeknd, ‘Stranger Things’ and ‘The Americans’ modern culture is bubbling with a callback to the ‘80s. Stacey Jackson gives proof that love for that ’80s nostalgia is still a prominent part of today’s culture as her latest single ‘FLIPSIDE’ smashes through to hit the No.1 spot on Global Digital Radio charts. We checked in with Stacey to find out all about her latest single.

Hi Stacey, it’s great to get some time with you. Firstly, for new listeners, could you describe your music to us?

Sure, for the last decade I’ve been writing pop-dance records. Music that gets people moving. But they pretty much all have a positive, uplifting message to it.

Your latest single ‘FLIPSIDE’ is now released, can you tell us a little bit about the single?

I actually co-wrote this song lockdown with my amazing producer, Ramzi Slaiman. The lyrics really resonate with a lot of people who wish they can be in two places at the same time. Having so many commitments and obligations and people who rely on you but if you aren’t happy with YOU and don’t have any time to focus on the things that make you happy. Even if it means taking risks to find that happiness, then you can’t be a whole YOU. Ironically when I landed the hosting gig on my TV series ‘Stacey Jackson in the ‘80s’, the producers of the show wanted to use a stock ‘80s cover record for the opening credits but (bravely!!) I asked if they thought ‘FLIPSIDE’ would work due to the ‘80s feel and they loved it and thought it would be a perfect fit for the show’s opening credits.

It’s an amazing achievement to reach a No.1, what was the feeling like after you reached this with your latest single?

Yeah, I was really, really chuffed about that. I am so connected to this song that it was really a special moment for me when I found out.

What was it like for this single whilst working with longtime collaborator and co-writer Ramzi Sleiman?

I am so privileged to work with amazing people like Ramzi. He stretches me to another place in fact I literally just recorded an acoustic version of ‘FLIPSIDE’ with him and if I don’t say so myself, it’s EPIC!  I can’t wait to share it!

It must have been quite a surreal experience working with a big name like Snoop Dogg, how did that come about?

I had written ‘Live It Up‘ over 10 years ago! It came to me because I had a dream about my late father who told me in my dream that now is MY time and I need to do what I love and give it a go, take the chance because life is too darn short! And I had a couple of dance hits in the charts at the time so my manager sent the song around to a few rappers and Snoop loved it and totally got the message of the song and said he’d write the rap for it. But it was really old school, I literally flew over to the States to be IN THE ROOM which I love. We chatted about a lot of stuff that we actually had in common, raising kids, the music industry… So his rap was authentic to the message of the track.

What would be your dream collaboration?

I’d love to work with Mark Ronson, David Guetta, Nile Rogers, setting the bar high, haha! But I love their distinctive sounds and everything they touch turns to gold.

Tell us a little bit about what it is like to host your own TV show?

Oh my God, I love it so much. Each week I present a different theme from the ‘80s, so it could be anything from Film soundtracks to UK vs US rock, women artists in the ‘80s, music’s influence on fashion, synthpop, heavy metal, I mean the list is endless! Plus I do all the research for it. My kids suggested I get an honorary doctorate degree in ‘80s musicology since I’ve written over 45 episodes already!

Finally, what does Stacey Jackson and 2022 mean to you?

Well, I hope to have an exciting year ahead. I don’t want to jinx it though so I need to pace myself. I have an EP of original tracks and 2 EPs of covers that will be released over the year or so. And I finished my first book which will also be coming out at the end of this year. Plus I’ll be continuing to host ‘Stacey Jackson in the ‘80s’ for as long as I can, of course!