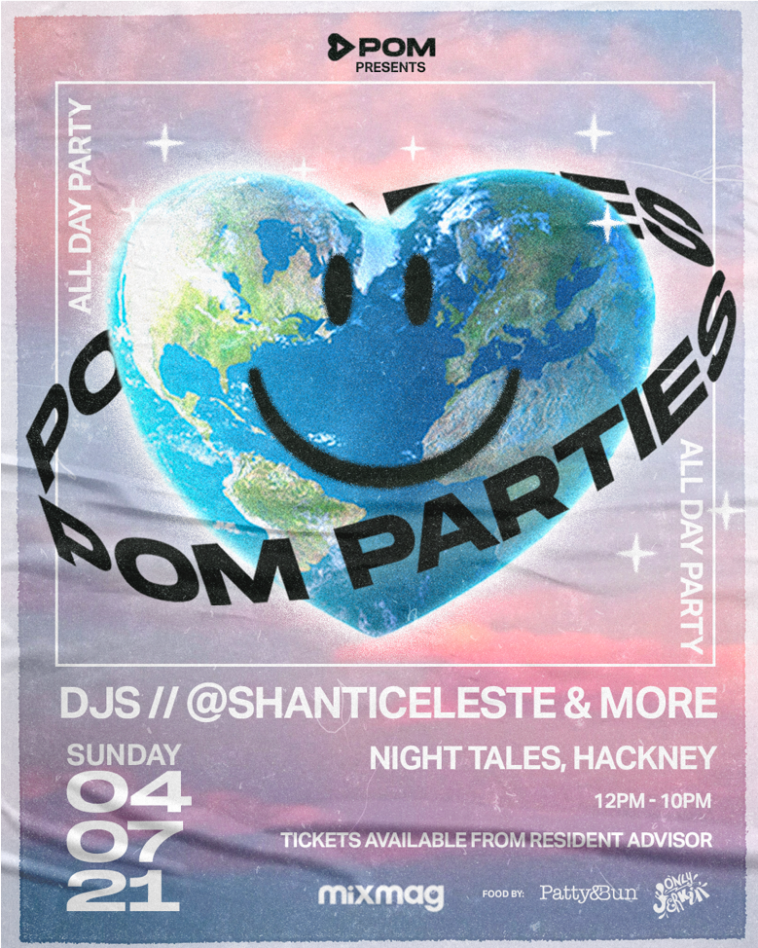 POM believes that music is the food of love and that by harnessing the Power of Music, we can create real and organic connections that are built to last.

While dating apps are continuously updating and developing, they are often superficial, gamified, and impersonal. POM focuses instead on users forging connections through their shared music tastes, allowing their users to see a person’s true, emotional profile instead of a series of face tuned photos and misleading bios, bringing back the organic nature of meeting someone.

POM not only want to help their users to find love, its more than that. It’s about creating and delivering genuine, life-changing moments and through the curation of perfect end-to-end dating experiences.

With UK is slowly emerging from lockdown, blinking, into the early summer sun, and stumbling straight into our favourite bars, pubs and restaurants up and down the country. Soon we’ll also – finally – get to hear the sounds of live music again, as concerts make a return and nightclubs throw open their doors to revellers, ravers, rockers and everyone else. As we return to some sort of normality, those looking for love ask themselves: where do we start? What do we want to do? And with who? Do we dance the night away after a few too many pints? Go for a slightly awkward candlelit dinner for two before watching our favourite band? Well, one answer is the UK’s most hotly anticipated new dating app’s which is set to launching July what better way to lose yourself in two of life’s greatest gifts – love and music?

Exclusively inclusive, POM wants to help you find love, no matter your gender identity or sexual orientation. If you’re a music lover, you’re welcome on POM. As well as inclusivity being imperative to POM, they also ensure that safety is prioritised above everything. POM has been designed to be a safe-place – it is extremely important to the creators that they go above and beyond to protect their users, both on the app and in real life. They have implemented multiple features, including users being able to leave anonymous feedback about their real-life date, various reporting features and additional verification methods.

POM users sign up and connect their music streaming service (the initial launch is compatible with Spotify and Apple Music) to their profile, allowing their tastes to then be analysed by POM’s algorithms. Simple to use but seriously advanced under the hood, it’s not as simple as “you like this, I like this, we’re a match” – POM goes deeper, and is smarter. POM uses a first of its kind algorithm in order to determine the user’s emotional profile based on the music they listen to.

The site has also announced POM Presents: POM PARTIES, with the launch event to take place on the 4th July. An all day party will take place from 12pm to 10pm at Night Tales, Hackney, and feature a DJ set from the brilliant Shanti Celeste. With food and drink by Patty & Bun and Only Jerkin’, this is one party you don’t want to miss. Tickets are available now from here.

Set to launch on 27th July, you can find out more on the website!