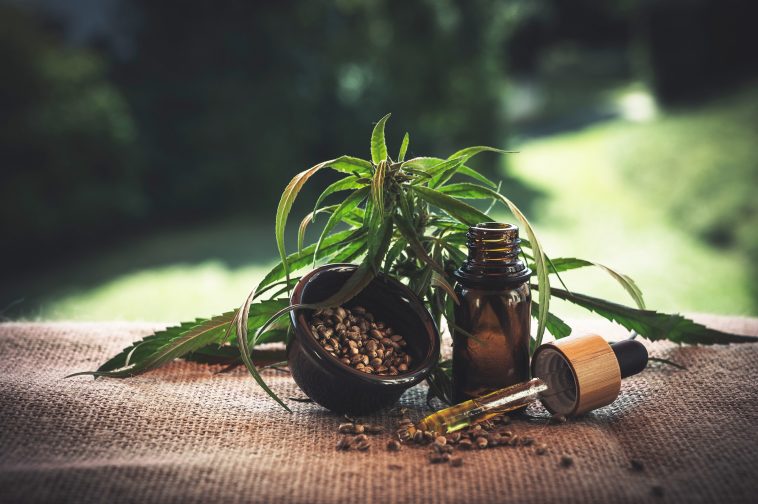 The New York Times reports that by 2025 the growth of the CBD industry is expected to hit a whopping $16 billion in the United States. By now, the plant extract is being added to breath sprays, toothpicks, and even cheeseburgers. According to a survey of 5,000 people as cited by NYT, more than 60 percent of CBD users have taken it for anxiety. This study was conducted by a cannabis market research firm called the Brightfield Group. Insomnia, chronic pain, and depression follow behind as more reports describe how CBD oil help alleviate these health problems.

Very Well Health explained how CBD oil is added to other products. For example, CBD oil contains CBD infused with an inert carrier oil, such as hemp seed oil or coconut oil. Called a tincture, the bottle oil is sold in various concentrations. There are also CBD gummies, CBD capsules, and under-the-tongue CBD sprays.

This article looks at the benefits of CBD, possible side effects of CBD based on high-dose clinical research, and dosages of CBD including the research on which dosages are effective and safe.

What is CBD Oil?

An article in Midland Health explained what CBD is and how it is processed. Derived from the cannabis plant, CBD or Cannabidiol is a naturally occurring cannabinoid. This molecule is one of the lists of cannabinoids discovered in hemp plants. But unlike the full cannabis plant, CBD does not contain THC or Tetrahydrocannabinol, its infamous sibling molecule, which is responsible for the “high” or “stoned” feeling that the recreational drug produces. Extracted from the buds and flowers of the hemp plant, CBD is being pressed into oil. So far, CBD oil has become increasingly popular in treating and even preventing a large variety of health problems in states where CBD products with less than 0.3% THC have now been legalized.

Unfortunately, due to the demand for hemp-derived products and its rapid growth in popularity, scores of unscrupulous brands are cropping up, offering low-quality products that are not backed by science, contain illegal doses of THC, or some cases don’t carry CBD at all. Thus, if you wanted to try CBD oil for yourself, whether for a specific injury, ailment, or other complaints, it’s crucial to look for high-quality oil with particular cannabinoids to prevent poor results. That’s why NHM 10% CBD oil accumulated a list of top-quality 10% CBD oils that ensures the user receives potential benefits of the CBD-based product.

The Medical News Today explained that, unlike THC, CBD has a comparatively low affinity to bind readily to cannabinoid receptors in the brain. These receptors are key elements of the human endocannabinoid system, which plays a significant role in the central nervous system. Endocannabinoids are signaling molecules that help regulate various functions, such as memory, pain, immunity, mood, and stress. However, CBD does interact with other receptors, including opioid receptors that regulate glycine and pain receptors involved in controlling the “feel-good” hormone, serotonin–which may explain its evidently broad-spectrum of uses. Proponents purport that CBD oil can treat an extensive range of health issues, including:

Even after the flourishing popularity of CBD use, CBD oil remains greatly under-researched. As such, some of these findings are better supported by research than others.

Side Effects of CBD Oil

Since there are limited clinical studies conducted, no conclusive severe side effects have been found. Hence, the clinical trials conducted for Epidiolex–the CBD-drug approved by FDA for childhood epilepsy–were used as the basis in identifying the side effects of the drug, and was thought in the article, Foria Wellness, to have the ‘most comprehensive results.’ According to the study, youths between 2 and 18 were advised to take high doses of CBD daily for 14 weeks. The daily dosages were equivalent to 1,360 mg for an adult with a 150-pound weight, which is more than what is actually found in the CBD oil’s entire bottle. The common side effects experienced by the participants include:

For most patients, these symptoms occurred during the first few weeks while they are doubling their dosage. After their dosage stabilized, the side effects typically subsided, and lowering the dose became an effective method in decreasing undesirable symptoms.

Thus, if you’re experiencing any of these symptoms on your current CBD product, you might test it by lowering your dose, waiting it out a week, or trying a different type of product entirely. But if you’re testing with high doses of CBD, it is advised to read more about what experts learned from the Epidiolex trials.

What Dosage of CBD Should You Take?

According to Daily CBD, the normal dose of CBD is 20-40 mg per dose. While some users take much less as low as 1 mg, others raise it up to 100mg. Depending on the strength of the brand you are using, the dosage could be anywhere between a few drops to numerous milliliters of oil. It could also involve anywhere from gummies per dose or 1-5 capsules.

The truth is the ideal CBD dose varies for everybody. It is common for two individuals with identical weight to react very differently to the same dose of CBD. One person may find that the optimal dose for him is 30 mg of CBD, while the other claim to have responded better to just 10 mg.

The ideal CBD dosage for each person depends on a variety of factors, including:

The best method to know the right dose for your body is to start with a very low dosage (for instance, 2 mg). Until you find what works best for you, you could increase it by 2-5 mg per dose.

Even research studies claim that dosages vary and there is no consensus on how much an individual should use for particular situations. Some dosages that have been used in clinical studies for various conditions include:

So, is CBD oil good for you? It depends. Most people use CBD oil and other hemp-derived or CBD-based products for various reasons including, controlling anxiety, reducing pain, and managing seizures. Although some research reports few side effects with the use of CBD, its effectiveness for different medical conditions still requires further studies and the FDA has not yet taken measures to regulate CBD-based production.

However, with more and more clinical researches and trials underway and an increasing number of successful findings reaching the public, it is possible that CBD oil will become a more widely accepted part of healthcare and will be more readily available. But before entertaining the idea of adding CBD to your health regimen, you should consult your doctor to ensure whether CBD is safe and more effective for you to use than other conventional medications.