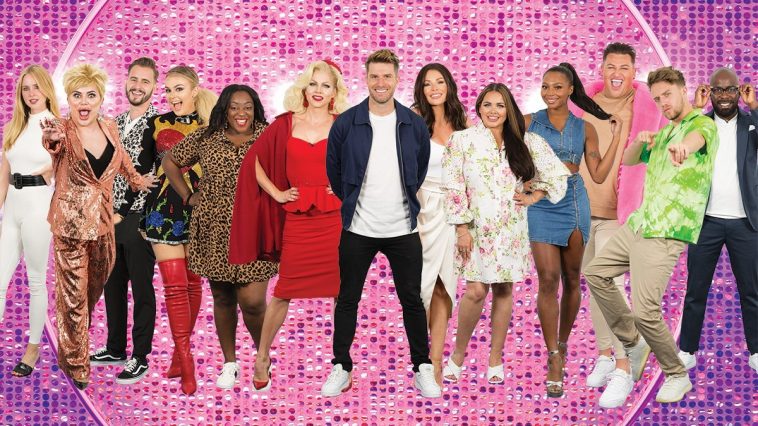 Since The X Factor is on a bit of a break, we’re in need of another singing competition to fill the ITV autumn schedule, and they’ve come up with Celebrity Karaoke Club – which we’re super excited about. Today, the line-up for the ITV2 show has been announced with some well-known TV presenters, Love Island stars, and RuPaul’s Drag Race stars. We’re definitely going to be tuning in for this show!

The series contains six episodes, and sees the celebrities unleash their vocals in a karaoke bar, in the hope of winning the unique music competition. The show comes from BAFTA-winning producers Monkey, which is part of NBCUniversal International Studios, a division of Universal Studio Group.

ITV teased in the press release: “Whether their voice is like Mariah Carey or Mariah Scarey, in this competition it’s all about the love of karaoke and commanding a stage – in everything from epic solo performances to group battles.

“But there’s a twist, because the people they will have to impress are their fellow competitors, every celebrity karaoke singer is also a karaoke judge. At the end of every episode they’ll be sending someone home, with new celebrities joining the competition also hoping to be crowned the karaoke king or queen.

“In between the rounds the stars can grab a cocktail at the bar or have a good old gossip about their rivals in the toilets, because when the singing stops, the competition really begins. Can the stars form alliances with their fellow competitors and let popularity propel them to victory? Or will they rely on their performance to steal the top spot?”

ITV’s Head of Digital Channels and Acquisitions, Paul Mortimer, said: “We’re thrilled about the arrival of Celebrity Karaoke Club on ITV2. The cast of celebs will be well-known to ITV2’s audience, though not necessarily for their singing! However, they are sure to entertain viewers with some impressive and hilarious performances this autumn, as they battle it out to be crowned the ultimate karaoke champion.”

Monkey’s Creative Director and Executive Producer, Will Macdonald, said: “Ludicrous times demand ludicrous entertainment, and that’s what this show delivers thanks to a righteous collective of celebrities, a free bar and the world’s best karaoke machine. What could possibly go wrong? As Starship nearly said: Nothing’s Gonna Stop Them Now.”

Celebrity Karaoke Club will be shown on ITV2 this autumn, with the start date to be announced soon.

Are you excited for ITV2’s new show, Celebrity Karaoke Club? Let us know your thoughts on Twitter @CelebMix.