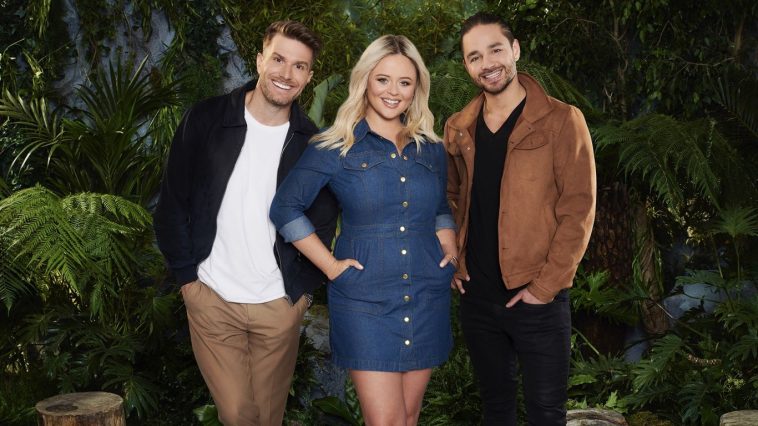 The presenter, who is currently hosting primetime celebrity singing competition The Masked Singer, took to Instagram to share the news with followers.

“Sad news,” the star said in his emotional post.

“The time has unfortunately come to put Extra Camp to bed in its uncomfortable hammock. The show will no longer continue.

“It’s been a huge privilege to be a part a show with such a rich history filled with amazing hosts. The producers have assured me that @emilyatackofficial @adamthomas21 and myself are not to blame – they said the show was better than ever and also that Joel is the sexiest presenter we have ever had (I wasn’t listening but it was something like that) – it is simply because it’s expensive given how late it’s on and the funds will be used in more prime time slots.

“I’ve told them that Adam will do it for free but the decision is made. Thank you to all the crew who have made this the most wonderful 3 years, you have shaped me as a person and presenter.

“I’ve learnt so much. Thank you to everyone for watching #extracamp.”

The ITV 2 sister show has been running since 2002, and was previously known as I’m a Celebrity…Get Me Out of Here! NOW! until 2015.

Over the years, celebrities such as Joe Swash, Caroline Flack, Emma Willis, Kelly Osbourne, Laura Whitmore, and Scarlett Moffatt have cut their teeth presenting the show, leading them to other presenting jobs like Big Brother, Love Island, and Fashion Police.

Are you sad to see Extra Camp go? Let us know your thoughts on Twitter.