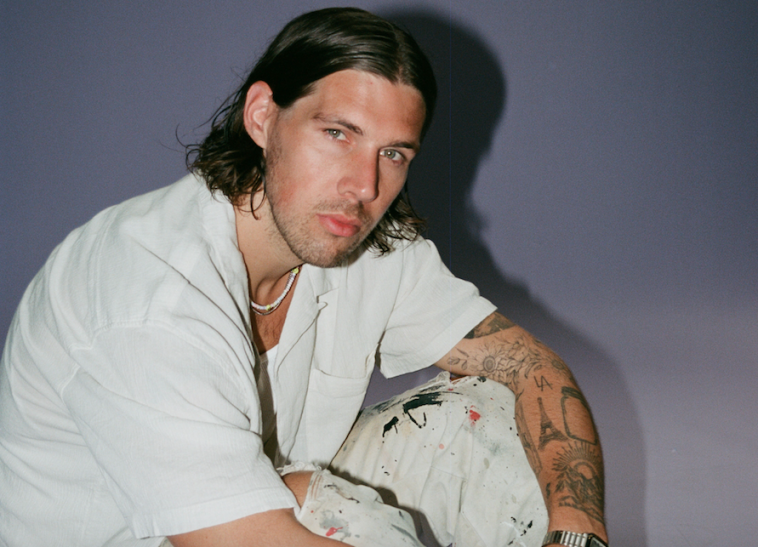 American recording artist Jake Scott this week drops his brand new single “She’s Not You” – an infectious and uber melodic pop bop that sees the Fayetteville native pine for a lost, once meaningful, seemingly perfect kind of love.

Co-written by Scott and co-produced alongside Eren Cannata (Walk the Moon, Tones & I, Jake Wesley Rogers), the accomplished singer-songwriter says of the deeply personal yet super relatable love song: “‘She’s Not You’ is the story of finding the perfect person who still can’t compare to the one you lost.”

Watch the live performance video (shot on location in LA) for “She’s Not You” below:

There can be no denying 2022 has so far been quite the year for Jake Scott – the pop producer and multi-instrumentalist who to date has surpassed 500M+ career streams.

Having recently completed her first ever North American tour, which was completely sold out and required venue upgrades in select cities due to popular demand, the star also made his US national television debut on The Kelly Clarkson Show, where he performed his anthemic, anecdotal track ‘Texas Girl’, much to the delight of audience members tuning in across the country.

Now currently based in Los Angeles, Jake initially transformed into an independent phenomenon before signing with Elektra Records.

Beyond co-writing for the likes of Jason Mraz, Aloe Blacc and Carrie Underwood, Jake unveiled music at a prolific pace before doubling down and dropping one song per month from the beginning of 2018 through the end of 2020 – winning a legion of fans for hits including ‘Like No One Does’, ‘Tuesdays’, ‘Favorite T-Shirt’, ‘She’, and ‘I Don’t Miss You’.

In addition to building a diehard fan base, gathering millions of streams, attracting hundreds of thousands of followers across social media, and racking up praise in the press, Scott also has an impressive touring history – sharing the stage with LANY and Ben Rector, and selling out his first headline tour across North America in early 2022.

“She’s Not You” is available to download / stream now.

Let us know your thoughts on Jake Scott over on Twitter @CelebMix now!