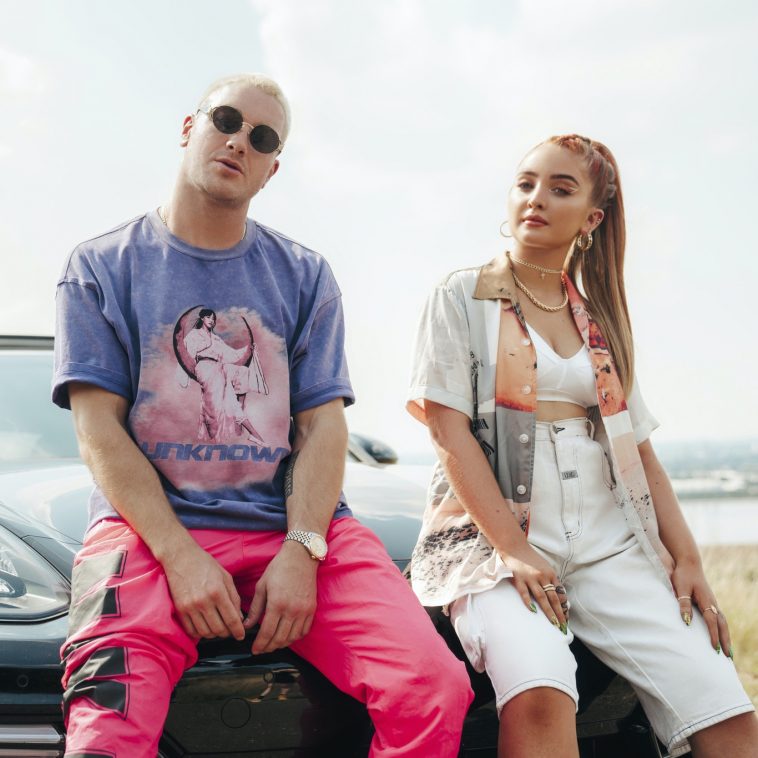 There’s a creative vitality with James Hype that is few and far between in the electronic music scene; an irrefutable ascendancy that makes him one of the most stimulating DJs on our radar right now.

Hype’s hugely successful 2017 record, ‘More Than Friends’, reached Platinum status before the beat dropped, and has since accumulated over 100 million streams worldwide. Two weeks ago, the DJ released his new single ‘Afraid’ feat. Harlee, which he had been teasing during his prominent live streams.

Hype told us about the origins of the record on a call last week. “We linked up and did a songwriting session together back in February and wrote the song in the room on the day. We were basically just digging into a lot of experiences that we’ve had in the past and putting those experiences into words that would be relatable for people. After that session, I took the song back to my studio and made it sound like the record that it now is.”

We were curious as to why James felt that Harlee’s vocals – which soared earlier this year on Joel Corry’s ‘Lonely’ – would sit nicely on one of his tracks. “Harlee’s voice is just really special – she has a very unique tone. I had been looking to get a really strong female vocal on a track for a couple of years and I think Harlee is going to be one of the UK’s top emerging talents over the next few years, and so it’s super exciting to have worked with her this early in her career.”

For us, the most salient thing about the single is this darker, trance inspired route that James seems to have journeyed down, as opposed to the more exuberant sonics of his back catalogue. “I think that’s just where this record wanted to go. Piano tends to lend itself to happier lyrics and this song is actually about deep feelings and the demons inside of us that we don’t necessarily like to talk about, so I think the music just naturally went down that sort of darker path.”

While the live music industry, like many others that have been left obliterated by COVID-19, is in a state of ambivalence, Hype has taken the live stream and ramped it up several gears. “I love the fact that I’ve got an audience to play to over the internet and that’s something that inspires me every day. I know that there are people from all over the world tuning into my live streams and I feel like I have a duty to those people to keep them entertained with fresh creativity. Those consistent viewers, the fans, are what give me the motivation to keep pushing.”

Our conversation then moved to Twitter where Hype had posted a video with the comment “this is real DJing” which got a divided response. “I think a lot of people can get caught up in the mindset of the good old days. I learned how to DJ on vinyl and I’ve been DJing for fifteen years, and so I know that back then if you wanted to DJ you had to invest in all of the equipment and go out and buy all of these records which made it really difficult. Nowadays, if you have access to an iPad or a laptop you can download an app and become a DJ. I think the fact that it has become so accessible maybe offends people who liked it when it was more of an exclusive members club.”

With the future of live music on the rocks, we asked James if he could shed some light on his plans for next year. “It’s very hard at the moment because there’s so much uncertainty. A lot of venues and promoters are reluctant to commit to anything at the moment because we don’t know when it will be safe to do certain events and we don’t know where the current proceedings will go. I’ve got a couple of shows in the works in other countries but nothing in the UK so far.”

James Hype’s moniker is one that rings true of the trendsetter he has become and the icon he is destined to grow into.

For the latest on James Hype:

What do you think of ‘Afraid’ feat. Harlee? Let us know on Twitter @CelebMix!