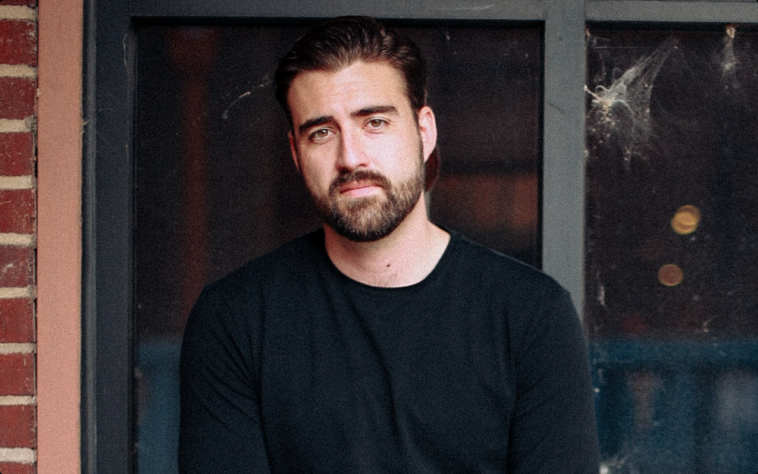 James Pyle is a singer-songwriter multi-instrumentalist currently living in Columbus, Ohio. When James is not playing music, he is either wrangling his two little kids, working his day job (as a safety and health consultant) or pursuing his Bachelor’s degree in Computer Science. “I am doing pretty well in 2021 so far,” James expresses to CelebMix at the top of our chat about. “I’m fresh off the NBC T.V. show The Voice, things are opening back up and I’m ready to release music and get out there and play live.”

However, James is not here to chat about his time on The Voice, he is actually spending him time with CelebMix to have a chat about first solo sing, “Fall For You”, a song that gives James both a sense of relief and makes me quite nervous.

It is always a hard call to go in a new sonic direction, but I feel like this song is most representative of where I’m at musically.

“Fall For You” is essentialy about a girl, “It’s so hard for me to write about anything else,” James tells CelebMix on the song’s story. “Like the title suggests it’s about the exciting beginning of a relationship and coming to the realization that I might be able to fall in love with this person.”

This song captures the essence of James is trying to say very well, which is not always the case in everyday live. With this song, James really tried to keep the sexy lofi vibe of his early demos, while adding a bit of polish and professionalism.

“I had just gotten home from seeing this girl and this song just popped in my head,” James says on the initial inspiration of the song. “I really wanted to sleep, but that chord progression just kept looping in my head and melodies all of the sudden started to come out of me.”

From there, James quickly ran to his guitar, laid down the progression and sang a few lines into his voice memos and went to sleep, “From there it was a long and arduous process of production, but I am really glad I put the work in, because it sounds exactly like I want it to sound,” James continues. “I had recently upgraded my studio and this was the first song that came out of my new equipment. I wrote, played, produced and mixed every bit of this track.”

This song is based on true events! I actually write a lot of songs that are more imaginative, but this song is spot on, in line with reality.

With this song, James wants listeners to add this to their sexy time playlists – literally, listen to it when their studying, crank it up in the speakers. In fact, the vibe of this songs lends itself to many situations.

2021 looks to be a big, and exciting time for the young artist, as he is currently working on a full EP of original songs within this genre. So more to come very soon!