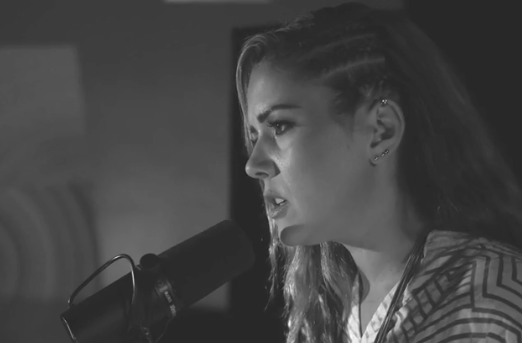 Splitting her time between London and Los Angeles, Jenny JAM delivers a powerful message in “Better Than You”.

The stunning acoustic rendition comes just a few weeks after it’ release and despite the narrative of the track being the same, it conveys entirely different emotions. Simplistic black and white visuals allow for Jenny’s vocals to take center stage, while stripped-back instrumentation emphasizes the power of her range. Subtle accompaniment from the warming guitar strums emanates a heartfelt and fuzzy feeling.

“Better Than You” details discovering your inner-strength to overcome your battles. In this empowering new single, Jenny speaks openly about coming to terms with an abusive relationship and realizing that there is someone else out there for you, who would move mountains to make you happy.

Born in London and now residing in Los Angeles, Jenny’s time in both cities has allowed her music to soak up the best of both cultures, including elements of her love for Amy Winehouse, combined with her admiration for Stevie Nicks. Her impressive soulful vocals give a nod to these musical legends and highlight her ability to create modern music with a hint of old school soul. Jenny’s influences dance between Jazz, blues, soul and classic 60’s rock and her releases are evident of this intoxicating concoction, all while giving a unique edge entirely her own.

The musician’s talents are never ending, having acted in numerous programs and films. This double threat is marching her way to the top and there is not stopping her. So watch out, as you’re going to be seeing a lot more of Jenny JAM.