Not too long ago, Misha Collins posted a short video on his social network accounts. It wasn’t an extravagant, crazy production like Supernatural always is, but the twenty-nine second long video left its mark.

During the time he was on screen, Misha wrote four simple words into the sand: “You are not alone.”

For someone who is struggling, hearing those words can really make a difference; especially if it’s coming from someone you look up to. Misha is incredibly loved throughout the SPN family, so seeing those words from him can really mean a lot to a fan. His quick writing could change their lives.

But Misha hasn’t stopped there. The video he posted was only the beginning of what will be a groundbreaking program.

On the morning of February 11th, Jensen Ackles, one of Misha’s co-stars,  tweeted out a link to Misha’s website for his charity Random Acts.

Random Acts is an organization out to change the world, aiming to spread positivity in communities everywhere. Their mission statement is down below.

At Random Acts, it’s our mission to conquer the world one random act of kindness at a time. We are here to inspire acts of kindness around the world both big and small. We provide a vast network of caring people with the encouragement and support they need to change lives for the better.

Random Acts is all about random acts of kindness, and how those acts can really benefit someone. They don’t have to be crazy; it could be as simple as helping a sibling with their homework, or helping a new neighbor move in. One act of kindness may not change the world, but if everyone followed this philosophy, the world would really be a better place.

By the title alone, you can tell that the charity’s new project is going to be great: “#SPNFamily Crisis Support Network“.

With a partnership with IMAlive and To Write Love on Her Arms, as well as support from Jensen Ackles and Creation Stands, Misha Collins and Random Acts will be creating a platform to help and support members of the SPN family. Specifically, for those who are suffering with mental health issues such as depression, self-injury, and addiction.

To get the funds, Jensen and Misha are holding another clothing campaign this month through Creation Stands. It involves the phrase “You Are Not Alone”, which was the sentence Misha had in his video. The price range is $22.99 to $39.99, depending on the item you decide. The design is down below, and you can purchase it here. The current goal is 3,000 items. 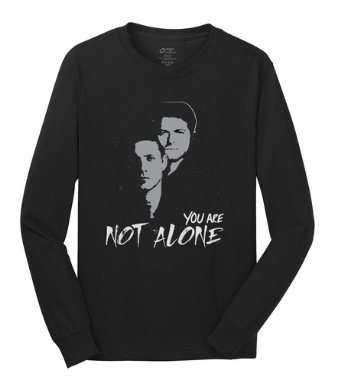 The Supernatural cast has held quite a few of these campaigns in the past, all of them proving to be successful.

One of the most latest ones was Jared Padalecki’s “AKF – Part IV” campaign last December, where he sold the following design on multiple articles of clothing to help support The PACK Fund. The prices ranged from $23.99 to $39.99, depending on what was ordered. 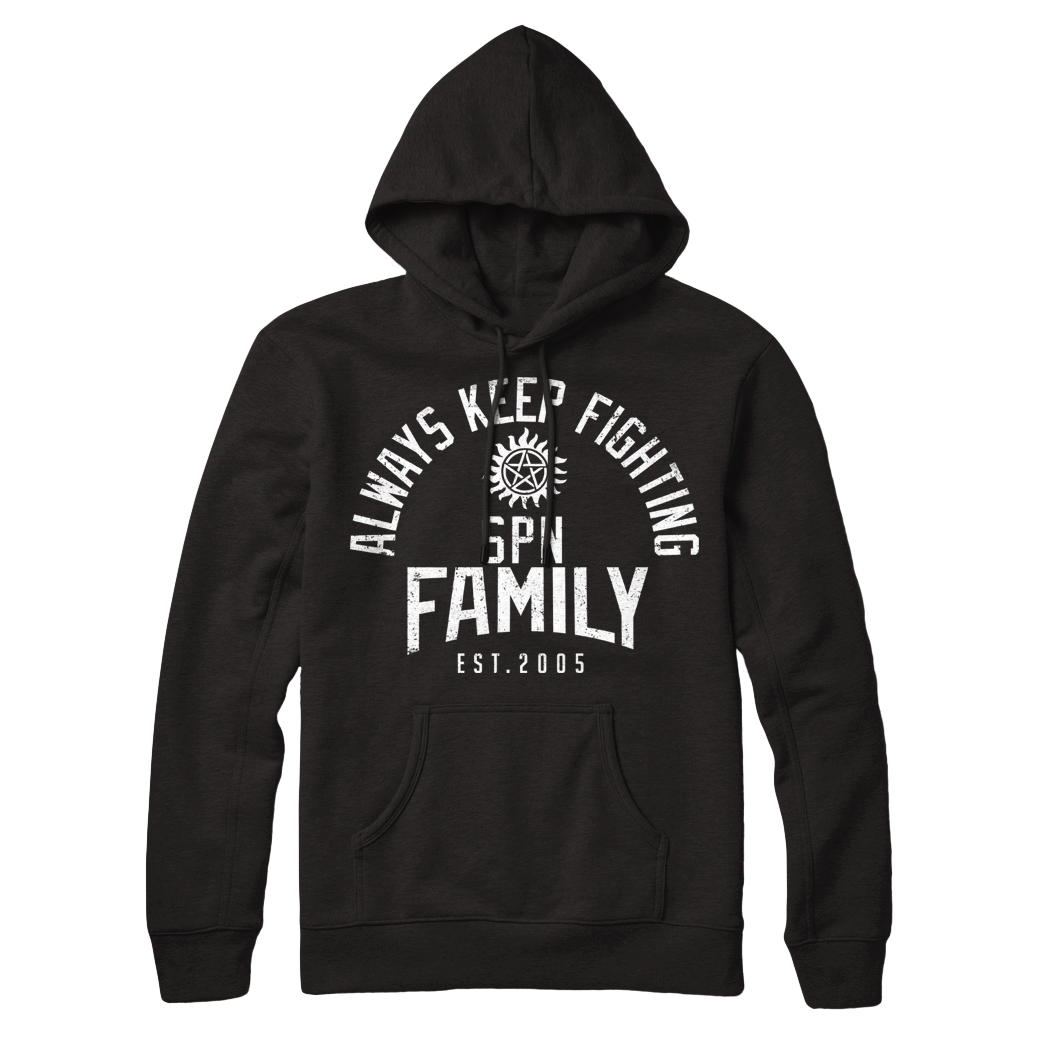 The goal was reached rather quickly, so it was increased. Even with that, the campaign went over it. The new set goal was 48,000 items sold, and 48,316 was the number they ended up with once it closed.

Once Jensen and Misha’s campaign is completed, the money will go into the development of the platform, which has already begun. According to the webpage, this network will provide the following:

Random Acts has also stated that beta testing on a training program for the Supernatural family has already begun.

This is huge. A lot of work is obviously going into this platform, and no doubt it’s going to change lives. Fans who are suffering will have a safe place to go, where the people helping them already have something in common with them: their love for Supernatural.

If you’re looking for someone to look up to, Misha Collins and Jensen Ackles definitely fit the bill. The duo see their fans in the right way. They don’t see the men and women who support Supernatural as strangers; they see them as family members. And as a family, each person supports the other. Fans are there when the two need them, and unlike so many celebrities out there, Misha and Jensen are sending the same love back.

No, fans may not be related to Misha and Jensen. No, not all fans will be able to meet them. But Misha has a very important quote about family that every SPN fan can understand: “Family don’t end in blood. We take care of our own.”

What do you think about Misha and Jensen’s new project? Will you be buying a shirt or volunteering to help on the platform? Tell us in the comments down below, or tweet us @CelebMix.