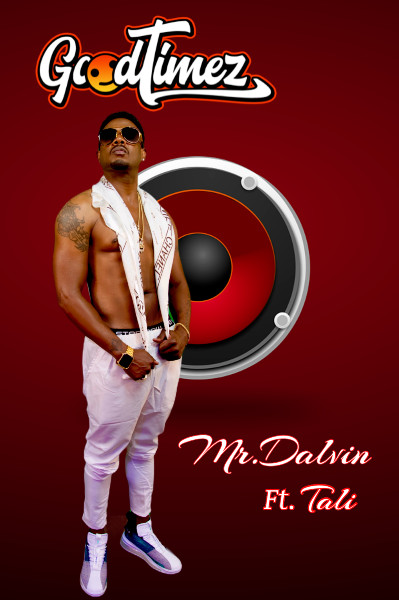 Describing the song, Mr. Dalvin shares, “Goodtimez” is a “feel good record for all ages and genres of music – appropriate for the time that we are living in.”

The song’s lyrics, laden with tasty nostalgia, take listeners back to pre-pandemic days, when life was natural, and socializing was customary.

“Bring back the days of barbeques and family reunions / The sun is shining wedding bells in the month of June.”

According to the rumor mill, a movie about Jodeci may be in development. Meanwhile, Mr. Dalvin continues with Jodeci but is expanding his creative milieu, releasing solo projects underneath the umbrella of his label K.A.M.P. Muzik.

As part of Jodeci, Mr. Dalvin produced the group’s five platinum-selling singles and contributed to their album, Forever My Lady, which sold four million copies. Together, Jodeci has moved 25 million units, as well as collecting nominations and victories from the Billboard Music Awards, American Music Awards, and the Soul Train Music Awards.

In addition to his work with Jodeci and his solo project, Mr. Dalvin has written and produced for mega-stars such as Mary J. Blige, Mariah Carey, Jewel, Tupac, and Flo Rida, along with many others. He also discovered Missy Elliot and Stevie J, of Love & Hip Hop.

“Goodtimez” opens on low-slung glossy colors flowing into a funk-lite melody riding a popping rhythm made up of a vibrating bassline and crisp percussion. Mr. Dalvin’s cool, energetic voice infuses the lyrics with buoyant flavors, while lustrous harmonies imbue the tune with glowing dimension and optimistic vibes.

Mr. Dalvin has it going on! “Goodtimez” rolls out yummy layers of bursting dynamics on a contagious groove, along with high-voltage vocals.