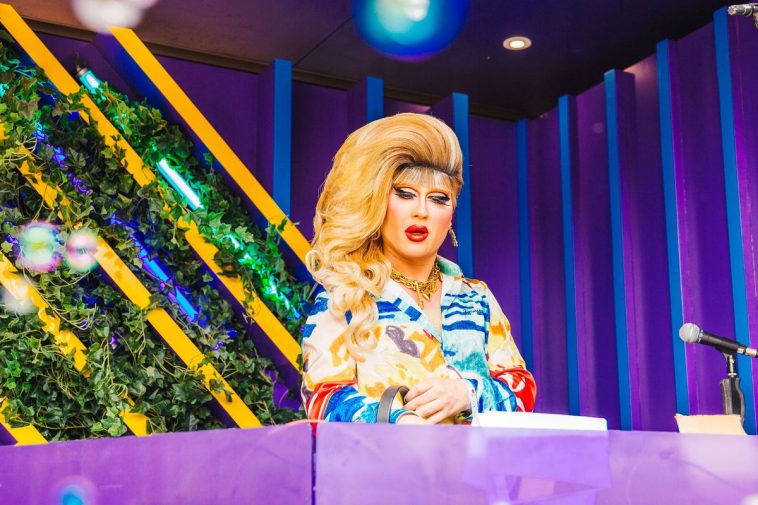 Legendary drag DJ and producer Jodie Harsh made a surprise appearance at Camp Bestival in Shropshire yesterday (August 19th) performing a secret DJ set on Barclaycard’s AMP stage, much to the delight of the packed out crowd!

Delivering a dazzling and anthemic one hour set in anticipation of her festival slot later this evening, Harsh treated fans to a selection of thumping party bangers, as well as an euphoric selection of disco, pop and big room house tracks – from ‘Voulez Vous’ to ‘Afraid To Feel’ and her own monster smash hit ‘My House’.

Speaking after her set on Friday, Jodie told The Shropshire Star: “What a major day at Camp Bestival. It was so fun to get the party started with Barclaycard on the Amp stage – it was a moment to have a more intimate party with people of all ages, and there were so many ravers there with their kids!”

Acts scheduled to appear at this years event include Fatboy Slim, Becky Hill, Rag’n’Bone Man and Example. Check out the full line up here.

Let us know your thoughts on Jodie Harsh over on Twitter @CelebMix now!