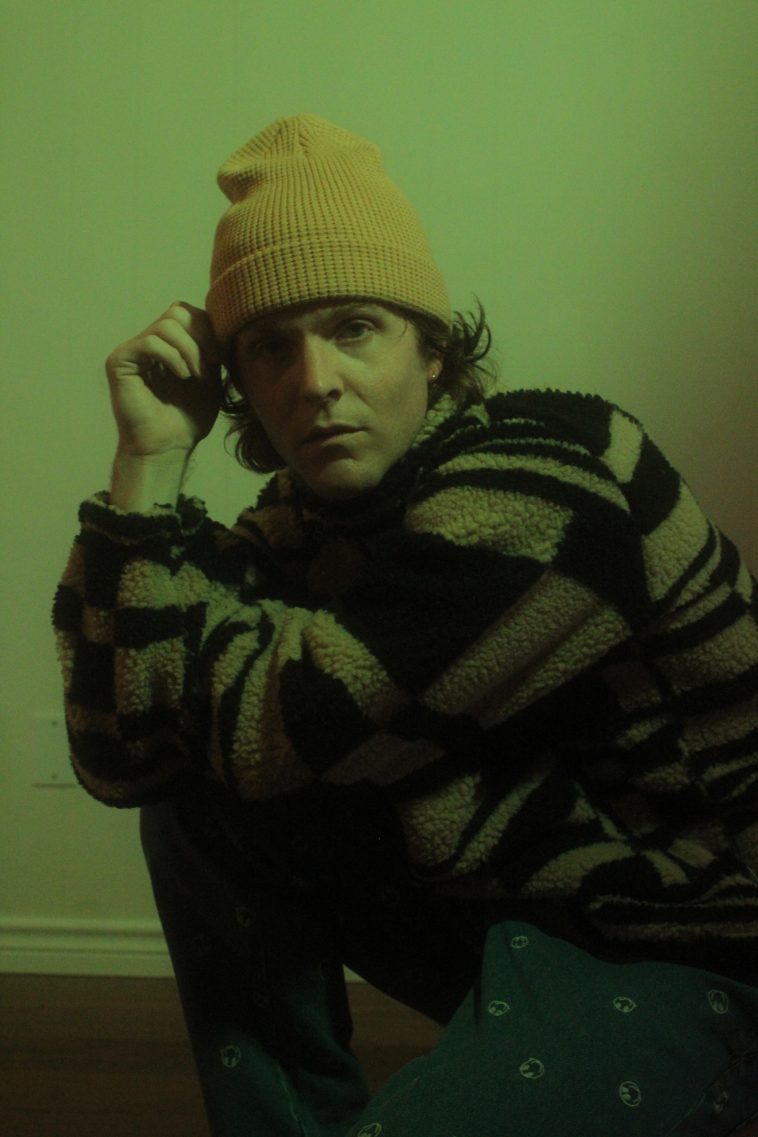 Johnny Stimson has quite the story of how he was discovered.  Performing at a gig in London, he attracted the attention of Sir Elton John who was in attendance.  After being impressed by Johnny’s stunning vocals and innovative songwriting, Elton John himself called him up and offered to sign him on his new label.  Since then, the artist has been releasing soul-infused alternative pop songs that have resonated with listeners across the world.  In his new single, “Material Things”, Johnny Stimson showcases his signature honey-dipped vocals and witty lyricism.

“Material Things” was inspired by his time alone in the pandemic. He confides, “I wrote material things as a satire to point out and notice how easy it can be to seek joy in the things around us. I got a Tamagotchi over quarantine and it almost felt like a real friend for a while. Sometimes relationships with people can be hard, so this is a caricature of my occasional desire to just be alone with my video games and guitars. Ultimately, I don’t believe there’s much joy to be found in material things, but this is a song about confusing the dopamine hit of buying stuff with true happiness.” With tongue and cheek lyrics sung in silky vocal tones over a kaleidoscope of R&B infused electronic beats, “Material Things” is an irresistible and innovative track.

In the comedic accompanying visuals, Johnny is seen in wild colorful apparel lounging by the pool, riding a motorcycle and dancing around a club in his own house. The visuals reinforce the idea that being consumed with material things is absurd and ultimately not a path to happiness or fulfillment.

“Material Things” is off of his Johnny Stimson’s upcoming EP Butterflies, which is set to release on October 8th.  Check out the new single now, tweet @celebmix, and remember your Tamagotchi won’t hold you when you cry at night.