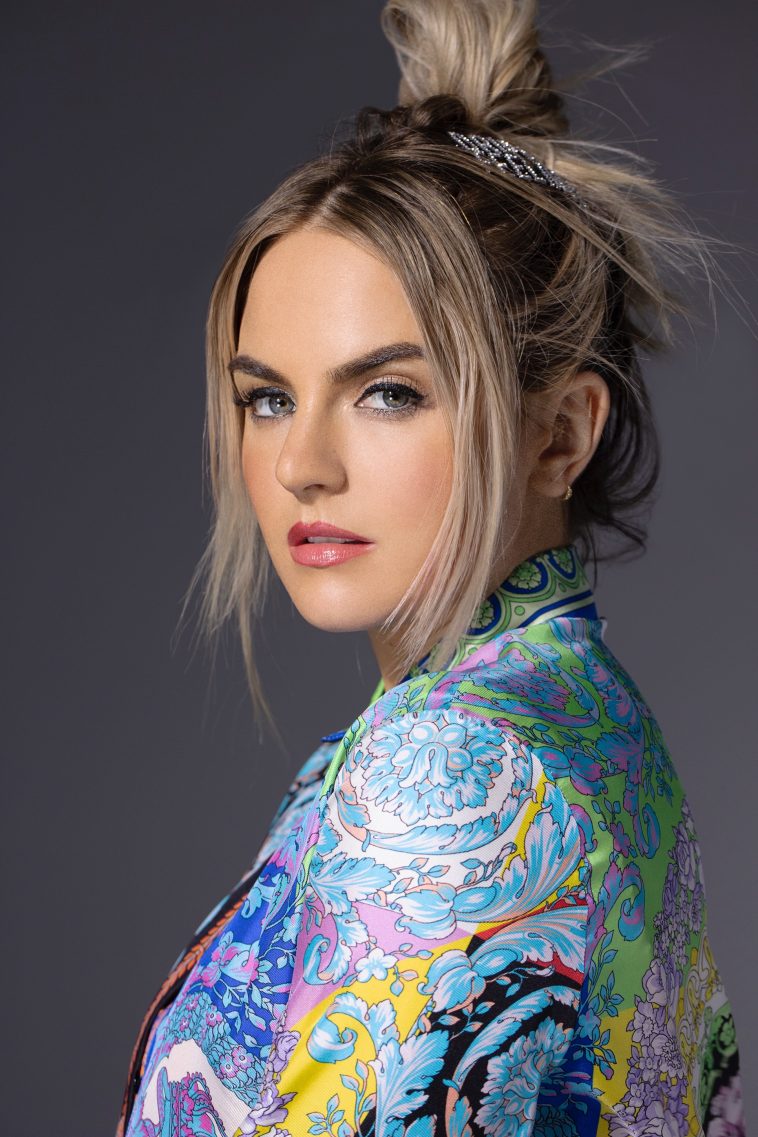 American pop sensation JoJo is due to release her upcoming studio album ‘good to know’ on May 1st. The artist’s lustrous career kicked off at the age of thirteen when her debut single ‘Leave (Get Out)’ hit #1 on the Billboard Pop Chart, making her the youngest artist ever to achieve this.

JoJo’s career has been a turbulent ride but on her new LP- which CelebMix can confirm is her best work yet- the artist fully cements herself as industry queen.

We decided to catch up with the singer ahead of the album’s release and you can check out what we spoke about below.

First of all, how are you finding isolation? Are you keeping busy?

I was supposed to be on a press tour right now and also starting like my actual tour so I’m just going on a press tour from home pretty much. I’m also cooking a lot, baking a lot, dropping off cookies to my friends house and connecting with people on Instagram Live- I never really used that feature before. I’m journaling, meditating and working out although a little less working out than I did in the beginning. I have a dog so I take her out a few times a day. My mum is here with me so we have our own little family unit.

What was the first song that you ever wrote and what was it about?

Oh my god, I don’t remember the very first song I ever wrote but the first song I ever recorded that I wrote completely by myself, was this song called ‘Bad Boys’ when I was like 12. I was in the studio with Static Major from recording my first album and he stepped out to get some food leaving my mum and I and his engineer, and he said ‘why don’t you write a song to this track?’ and so I did and it went like: ‘Oh you know the type, the one’s who talk fast and do what they like, take you for a walk on the wild side, you know I get high when I see a right looking bad boy, just the look in their eye gives me that natural high, bad boys why do I always fall for the bad boys, dangerous and intriguing, I like the bad boys the ones I know I cannot have, I want me a bad boy.‘

I was twelve when I wrote that. I was on some other shit haha.

Your new album ‘good to know’ comes out May 1st. What was the inspiration behind the album’s title?

I got to know a lot about myself in the process and that’s where the title came from. It’s not a straight shot of arriving at this place of loving yourself, like it’s a loop that you have to make several times like ‘what am I doing? Who am I?’ and then coming back and being like ‘oh, it’s okay, good to know’, it is was it is. It’s about staying open to continuing to learn.

Who were you listening to during the writing process?

What is your favourite lyric that you wrote on the album?

I mean it’s hard for me to say but the first thing that comes to mind is: ‘Intuition is such a funny thing, there’s some things you really can’t explain with words, I’ve learned. Opposites attract but do they last? Light us up, burns out just as fast, that’s lust, that’s us.‘

How has the current situation effected your upcoming tour?

Everything is changing but you just have to go with the punches. We rescheduled the tour so it’s not happening now because that would be against the mandates around the world but we moved it to the end of the year, so me and my team, my agency, are just trying to read the temperature and make sure that we’re not endangering my fans, my crew and just trying to see how we can still give this music what it deserves, which is to have that exchange with people.

What place are you most looking forward to playing?

I’m not just saying this because your from the UK but I love playing there, London has one of my biggest concentrations of fans and we’ve already sold out there, and so I’m really really excited to go and see my fans over there. I wish I could spend more time there so really looking forward to going back but as corny as this sounds, I am the type of person who can find something that I love and appreciate about every place I’m in. I’m just not the type of person that wishes that ‘oh I’m in LA but I really want to be somewhere else’, I’m just like ‘yo, it’s awesome here’.

What was your first ever concert?

You know how radio stations put on summer jams? That was probably one of the first. Like at seven years old I won tickets to one of those events, I was maybe eight, there was like Britney Spears who was seventeen or twenty or something, she was just putting out her first album also 98 °, just really like a pop summer jam type of thing in Boston.

Who is your celebrity crush?

Oh my god, I haven’t thought about that in so long, I don’t even know who’s hot like what celebrities are hot, shit, who’s hot? Who do I think is wicked hot? Hold on, let me have a look. Lets say Chris Martin from Coldplay, wait no, who’s that guy? Conor McGregor, he’s so problematic but he is pretty hot. Nah, he’s bad news.

What has been your favourite moment as JoJo?

Something I’ll never forget was going to the Grammys for the first this year and PJ Morton and I won R&B song of the year. I totally didn’t expect that because the category was so amazing, there was a lot of competition in there so I thought we had zero percent chance of winning, but that was my first time walking the Grammy red carpet and I told myself when I was 13 that I wanted to save that experience for when it really mattered. I didn’t want to go if I didn’t have a reason to be there so that was definitely a highlight for me because I felt so incredibly grateful because I understand what it means to have these opportunities, to have longevity in this industry and to have such a loyal fan base and to be able to live this life. I’m more grateful than I could ever have been earlier on in my career.

JoJo’s new album ‘good to know’ comes out May 1st via Clover Music and Warner Records. Pre-order it here.