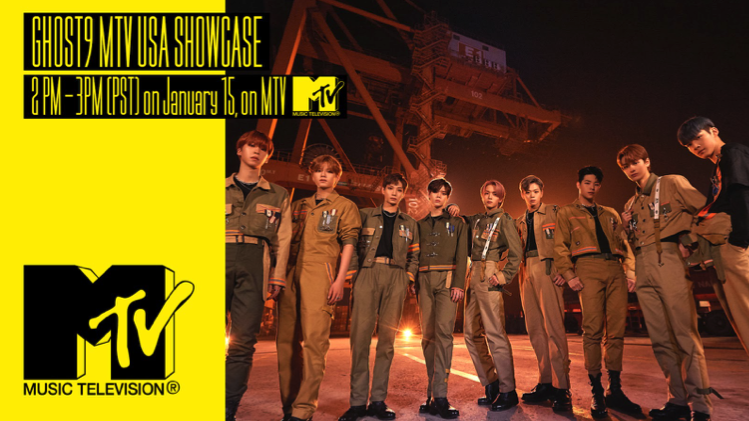 K-POP group GHOST9’s showcase will be aired on MTV on January 15. Debuting with hit single “Think of Dawn” in September 2020, they featured a synchronized choreography of 9 along with an engaging story. Through their music, they travel around the world with GLEEZE, their symbolized characters, to deliver dreams and hopes to their fans.

Though they have only released 2 EPs, they trended in highest place on the European iTunes K-pop chart. GHOST9 has also topped the charts in France, Germany, the U.K., and Belgium with their latest EP.

The showcase, which will be aired on an overseas channel, comes from their second EP, “W.ALL.” It was first unveiled through Korean music channel Mnet K-POP on the day of its release, and will deliver K-pop lovers a powerful performance. Also, you can expect beautiful scenery in their event, which has often been called the “skyscraper idol”, as the band will hold their showcase on the rooftop of Korean landmarks, such as the 63 building.

The event of confident K-pop artists GHOST9 will go live between 2 to 3 PM (PST) on January 15, on MTV.