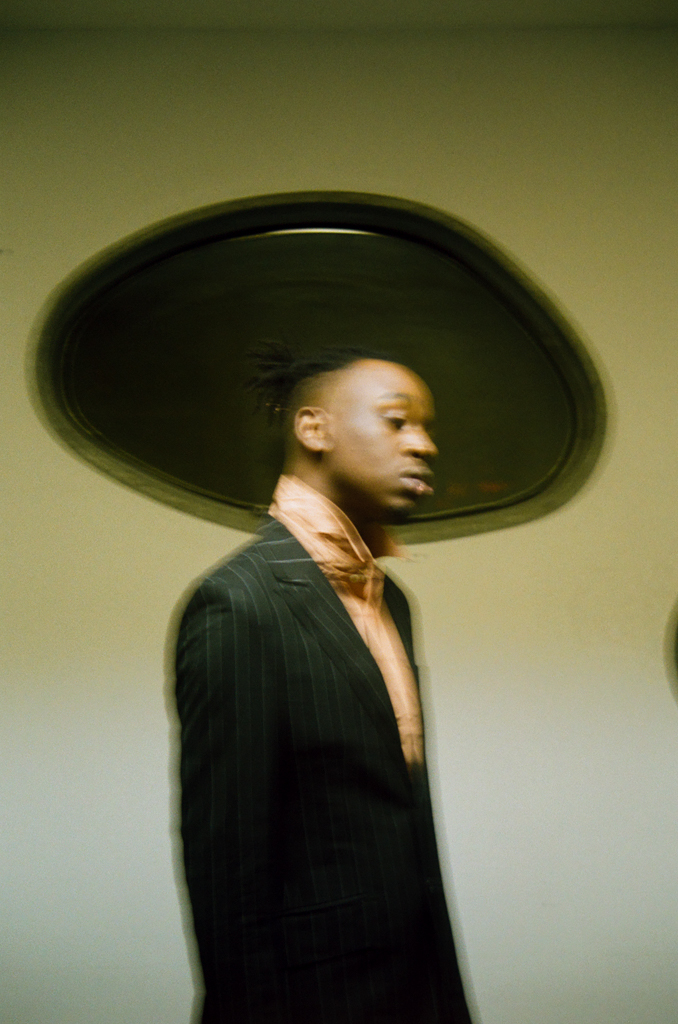 London-based singer-songwriter Khazali is probably one of the most exciting new voices that emerged over the course of the last year. With his debut, titled “Going Home, Vol. 1”, he quickly became a critical darling and also one of our personal favorites – songs such as “Comfort” placed high on our Spotify Wrapped in 2021 and helped us survive more than just one lockdown.

Almost a year later, Khazali is now gearing up for round number 2 as he readies the release of his EP, “The Rush”. Khazali took four of his dream journal entries as the project’s base and “turned them into a fully fledged pop universe – complete with colour, character and story“, as he explained. The story follows “a Californian couple, (Tony and Lennie) and their rise and fall through love and life” with new single “Passion Controller” serving as the grande finale to the story line.

The just-released track sees the singer embrace his funky side a bit more than usual as he takes cues from artists that he admires, such as Little Dragon or Metronomy. Filled with sexy strings, accentuated bass lines and a smooth vocal performance, “Passion Controller” ends up being just the right mixture of dreamy yet melancholic and proves again that Khazali is a master of his art. Perfect for late nights, early mornings or long evenings in the bath.

Khazali also released a lyric video for “Passion Controller”. Be sure to watch it here:

“Passion Controller” is now available to stream and download on all digital platforms. Find your preferred one by clicking here. It was released via Kitsuné Musique and serves as the second lead single off of his sophomore EP, The Rush, out March 11.

What do you think about “Passion Controller”? Tell us what you think on Twitter @CelebMix.