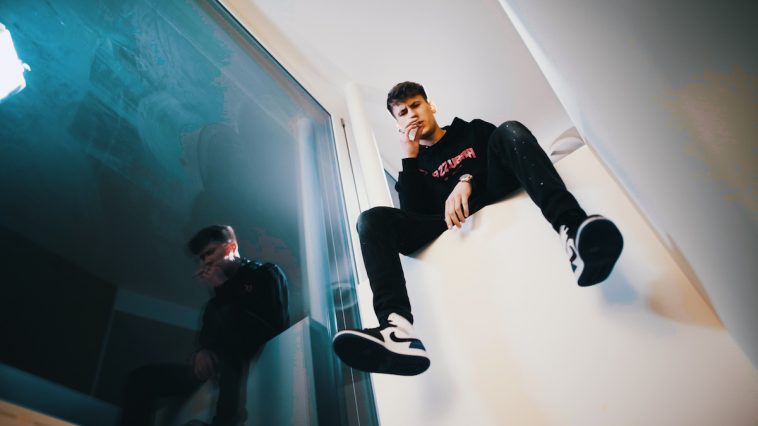 In just the past year, the German star has been skyrocketing up the Spotify charts with more than several million streams of his latest tracks. His music has also been featured in the Editorial Playlists on the most visible German Hip Hop charts, with the popularity of his music going mainstream with listeners.

It’s been an exciting 2020 for Azzurra, who currently resides in Austria’s capital of Vienna. Having established his music from the ground up, the German artist has successfully built a loyal fanbase on social media as he becomes a prominent voice in the industry. With his notable deep lyrics and unique style of sound, he’s derived his inspiration from alternative rock bands and 1980s hip hop MCs.

Combining melodic sounds with a nuanced hip hop style, he’s released no fewer than 17 new tracks in the past year alone, also revealing in 2020 his debut album “Ten Thousand Feelings”.

Speaking to reporters this week ahead of his upcoming single release, the artist said, “Dreams just don’t happen without any reason. You gotta fight for it and put all your passion into the music!”

Among the artists that have influenced his style include Oliver Francis, Juice Wrld, Trippie Redd and Brennan Savage.

Following his successful releases, momentum is building for Kidd Azzurra as he prepares a number of exciting announcements in 2021. We can’t wait to hear more!

“On The Road” will be released on 5th February, available on all streaming platforms.

To find out more, check out Kidd Azzurra on Instagram. You can also listen to his latest tracks on Spotify and see his YouTube channel for more info.