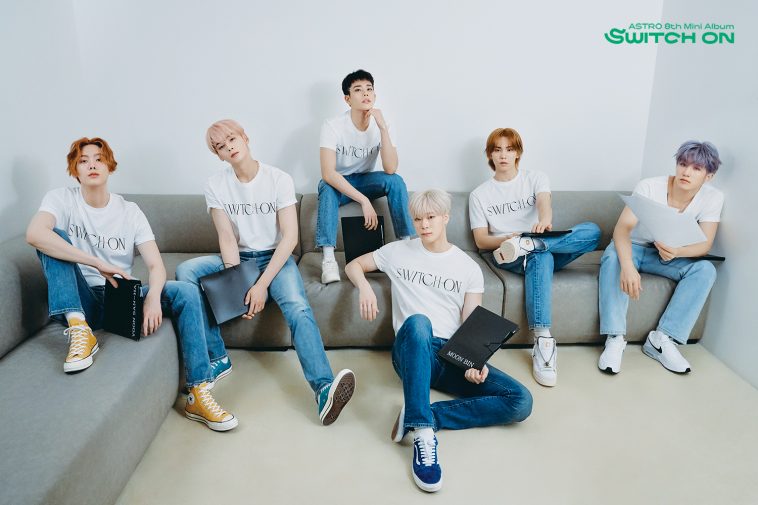 In August, Astro are set to release their 8th mini album ‘Switch On’. This follows the success of their 2nd full album ‘All Yours’. ‘Switch On’ is set to be released on 2nd August.

So far Astro have released the concept photos, tracklist, mood trailers, and of course the first music video teaser for their new mini album.

The group have now of course released the highlight medley for their new album. This gives us a small preview of each song on the album. If the highlight Medley is anything to go by, then this is definately going to be an amazing mini album.

We have so far been loving the concept for this new mini album. It is definately filled with positivity.

The title track is called ‘After Midnight’. In which, alongside the release of the mini album there will be a music video for the title track.

From the highlight medley we get vibes from Astro’s older songs from previous comebacks. This is a good thing as it is always good for a group to stay true to their sound. Meanwhile bringing a fresh new take on their sound to the table.

We have most likely said it before and we will say it again, Astro never fail to amaze us with their comebacks. They always take us on a journey with each track on their albums.

In terms of physical CD albums, there are two versions available. They are called the ‘On’ version and ‘Off’ version.

All the tracks sound exceptionally amazing from the highlight medley alone. Therefore it is definately going to be difficult for us the choose a favourite track from the mini album. We are definately looking forwards to hearing the album in full and adding it to our playlist.