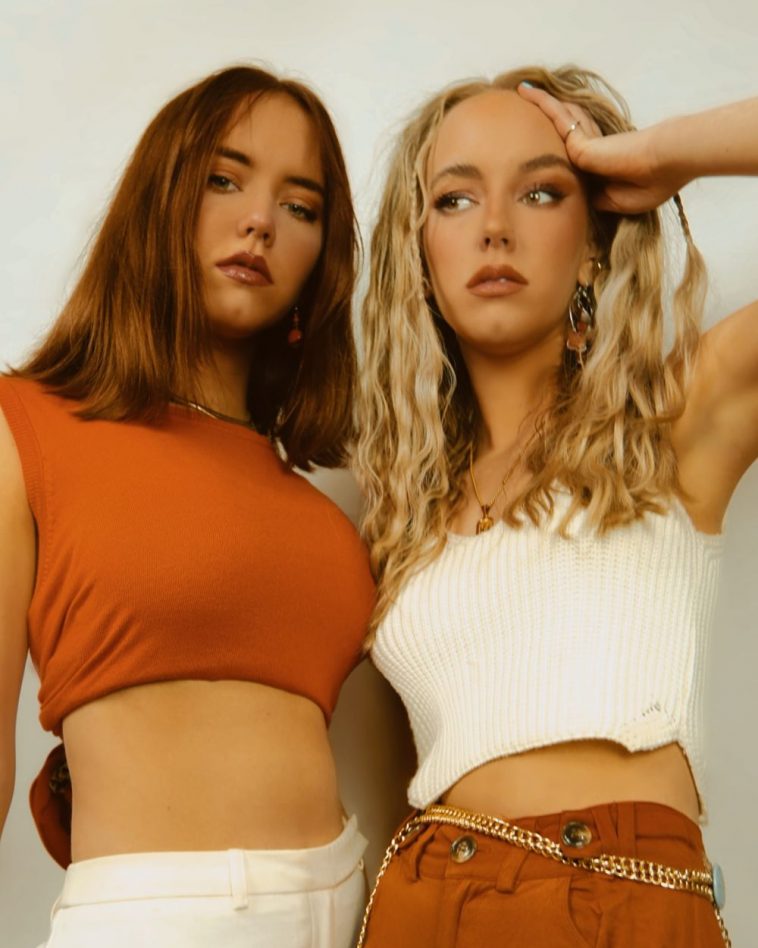 KTJ & CARLY are identical twin sisters originally from Argyle, Texas. They grew up together attached at the hip and always did music together, but never really thought to become an artist like they are now. “When we met our manager Sera Roadnight, she helped us develop and get our foot into the music industry,” Carly tells CelebMix. “The rest just fell into place beautifully!”

Today sees the release of KTJ & CARLY’s new single, “Rollercoaster.” A song in which the duo wanted to the immaturity/emotional rollercoaster of the other person in a relationship. “Someone who still can’t even take care of themselves,” Carly states. “There are people who you can love but they are not at the right stage in their life.” From there, the song developed a bit more throughout the writing process, however, for the most part kept the message they were going for.

KTJ & CARLY wrote this song over zoom with the Charlotte Bash, right from Carly’s bedroom! Production wise, this song was written over a guitar track Carly had made previously. The vibe of the song was very different from how it ended up. “We started to switch up the production after playing it live for one of our Rockwood Music Hall performances acoustically and loving how it sounded with a piano,” Carly tells CelebMix. “From there, we added a bit more electronic influences to the production of the song.”

This is a story about someone I know. They are in a relationship with this guy who clearly is not on their level, and it is what inspired me to write this song.

When it comes to what the duo want fans to take away from their new song, there are two perspectives; Katie (KTJ) wants listeners to feel a sense of self-worth. Carly on the other hand, wants people to stop being shocked by repetitive behavior, you can’t fix people, and to stop loving the potential of a relationship… it has to be the reality. “If someone is unstable and all over the place, it isn’t our job to fix them and in these situations it will only bring us down with them,” Carly states. “You gotta let em go!”

“After Rollercoaster releases, we have some visuals planned for this one,” Carly continues in our chat. “Then another single with a music video!” For the rest of the year, KTJ & CARLY will be working on releasing a bunch of singles, writing their new EP and staying busy scoring our first feature film, “God Save the Queens” which is officially in post production!

In 2021, KTJ & CARLY plan to “create and inspire as much as possible.” In fact, they also plan to most definitely get back on the live scene. “Stuff is starting to open backup all around, and Texas is 100% open so with more vaccinations coming through the population, the more opportunity comes for performing in front of a crowd again [smiles],” Carly concludes.