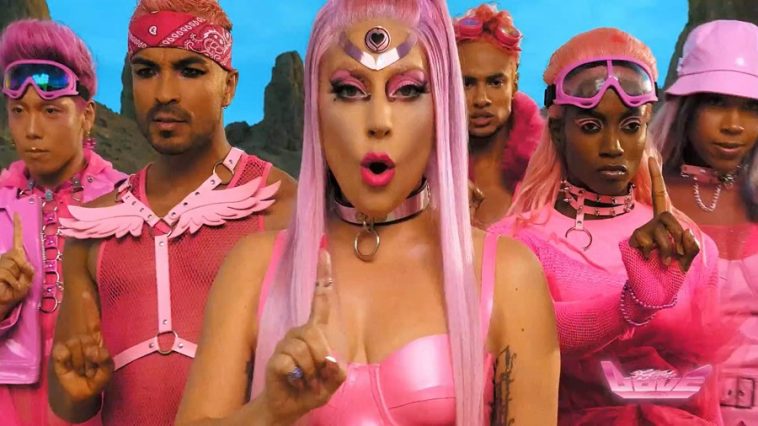 After rumours, leaks and everything in between, Lady Gaga is back and ready to inject new life into the world of pop music with the official release of her new single ‘Stupid Love’.

Speaking about the track on New Music Daily with Zane Lowe on Apple Music, she said: I put all those learnings into this album. I mean, the first lines of Stupid Love are, “You’re the one that I’ve been waiting for, gotta quit this cryin’, nobody’s gonna heal me if they don’t open the door, kinda hard to believe, gotta have faith in me.” Like, it’s right there, like, I’m with you, and it’s not easy, and I know everyone in the world has different relationships with love, but guess what.

“I’m pretty sure that when we all decide to be vulnerable, it’s really scary, and I think it’s very scary for a lot of people and there’s all kinds of laws and constructs and things that have built all around us and you know what? I really want to do and want this song to come out and I’d love for it to collapse as many of those walls as possible and people to be saying, “I want your Stupid Love. I love you.”

The track comes with an out of this world music video which was filmed in Trona Pinnacles, California. Directed by Daniel Askill, it was shot entirely on an iPhone 11 Pro and sees Gaga and her squad running to the scene of a battle.

‘Stupid Love’ is taken from Lady Gaga’s yet-to-be-named sixth studio album. However, if fan theories are to be believed then LG6 could well be called Chromatica, as the word appears very prominently in the music video.

This is Lady Gaga’s first music release following on from the astounding success of the A Star Is Born movie soundtrack, where she played Ally Maine alongside Bradley Cooper. Following its release, A Star Is Born won numerous awards and accolades for its music and the movie itself. Most recently, ‘I’ll Never Love Again’ (performed by Lady Gaga) won Best Song Written for Visual Media at the 2020 GRAMMY Awards.

What do you think of Lady Gaga and her new single? Are you ready for LG6? Let us know on Twitter @CelebMix