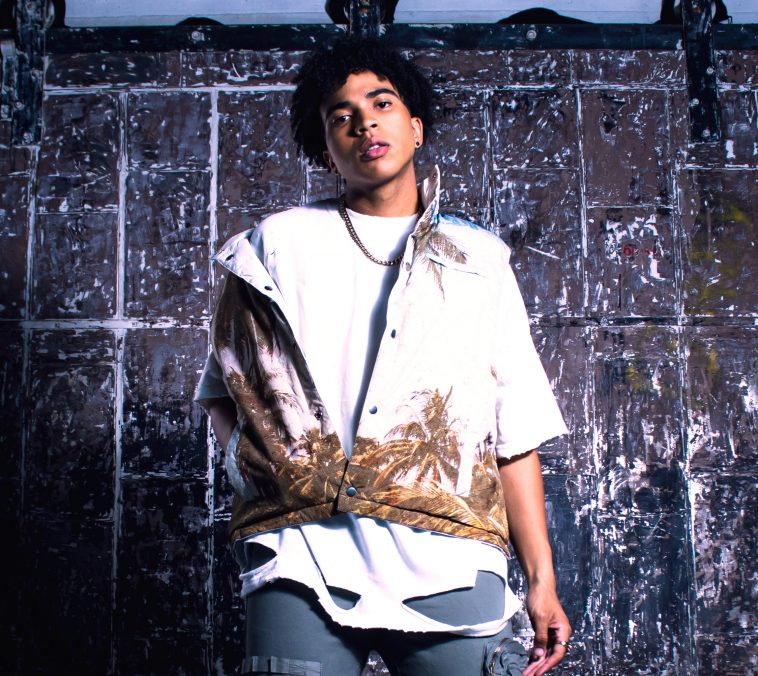 Released last week, TikTok star La’Ron has released his awesome new sophomore single and music video, titled “Web of Lies”. The track itself is highly relatable to every listener, open to interpretation, and undefined about relationships and reactions one has to these interactions. This follows up his debut single “Different”.

La’Ron Hines is a singer-songwriter, producer, and social media influencer who has recently gone viral going from 800,000 followers in 2020 to 9.5 million on TikTok alone. Mainly he hit it globally with the release of the video series that saw him asking kids at a daycare centre – which he co-owns with his parents – the question “Are You Smart?” and this video alone has 15.7 million views. This expanded to include H.E.R., Snoop Dogg, Kehlani, Fetty Wap, and many more. The past two years have seen him go from strength to strength, with his videos going viral, brands coming to him for sponsorship, and even celebrities mentioning him. His passion for music started when he was just nine years old and at 15 he wrote his first song and made his debut album. In 2018, along with his family, he moved to Los Angeles and focused on a career in music and acting, but soon turned to social media when the pandemic hit. Now that he’s tuned into the kind of artist that he wants to be, he is ready to release music out to the world, and “Web of Lies” is the start of this new era for him.

“During the creation of this song it was just me freely writing about a general experience that I’ve seen time and time again. Whether that be past relationships, past friendships or past interactions that I’ve had throughout life.” La’Ron elaborates. “The lyrics speak more to how I personally react and handle situations with people. On the surface, this song is about being with someone and even though they constantly lie to you, you stick around. I’m the type of person who gives multiple chances even when I say I’m done with you, and I feel like many can relate to this one way or another.”

Watch the music video to “Web of Lies” by La’Ron here:

Written by Andrei Fossari and Laron Hines, with Andrø Pop acting as producer, “Web of Lies” takes us right back to the late ’00s / early ’10s R&B-pop that dominated the charts globally. That vibe is certainly being reclaimed at the moment, and La’Ron completely relishes in it, yet makes it new and current with an addictive vibe and unforgettable melody. His vocals are strong throughout, showcasing his passion for the song whilst also delivering heartfelt emotion which is exactly what that listener needs from the track. The ambiguous lyrics are open to interpretation whilst solidly conveying how messed up relationships and reactions can truly be.

As for the music video, directed by Sacramento “Streetshot” Ceballos and produced by Madison Mcghee, narration and performance intertwine to create an engaging visual capturing the viewer from start to finish. The opening scene sees La’Ron in bed with his love interest, played by Fatu Martin, and they wake up and take photos and spend time together, before La’Ron clips through the bed and ends up strung up in chains by this woman. We soon see her playing with a voodoo doll of La’Ron and he ends up with blood running down the side of his cheek – make-up, of which, for the whole video, was done by Mich Page. Intercut throughout are performance visuals which see La’Ron show off his awesome dance skills, hitting absolutely amazing choreography, by Simeon Johnson, with four female dancers, who are Nicole Hutton, Natalie Garcia, Taylor Timmerman, and Lu Arróspide. Different dance styles can be found in various scenes with every mark hit with perfection – if anything, this just increases our desire to watch him perform live. The ending of the narrative sees Fatu Martin put the voodoo doll in a box with polaroid photos of the two of them, and then La’Ron ends up waking up from resting his head against her legs, thinking it was all a dream, but after a stretch, he notices the box on the floor, with the voodoo doll next to it, but he doesn’t say anything and sits back on the bed and starts chatting away to his love interest.

“Web of Lies” by La’Ron is available to download and stream, right now, across all platforms, via House of Pop.

Let us know what you make of “Web of Lies” by La’Ron on Twitter @CelebMix.