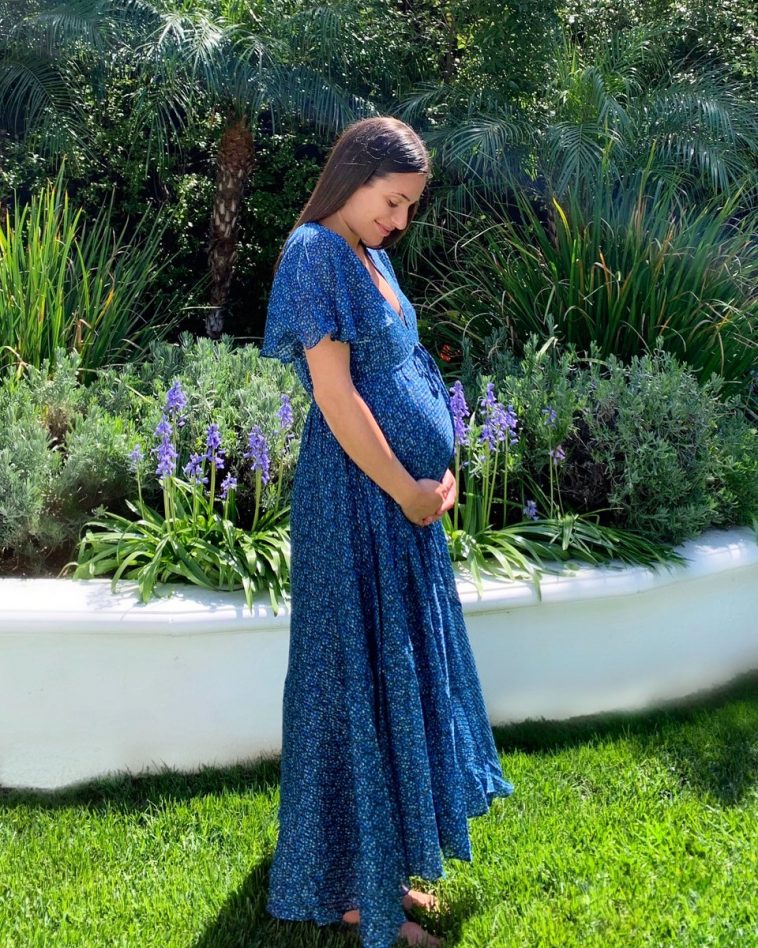 The 33-year-old singer looks glowing in a new photo where she is cradling her baby bump with the caption: “so grateful”. Michele is expecting her first child with husband Zandy Reich.

Michele and Reich started dating in 2017 and tied the knot in March 2019. Earlier this week, People revealed Michele’s pregnancy with a source saying “They’ve always wanted to be parents.”

After the announcement of the pregnancy, many Glee fans couldn’t help but notice the parallel between Michele and her on-screen character Rachel Berry. The series finale, which aired in 2015, was set in 2020 and showed a pregnant Rachel, who was the surrogate for Kurt and Blaine. Several fans took to Twitter to share their excitement over the news. Read some of our favourite tweets below:

Congratulations on the exciting news to Lea Michele and Zandy Reich!