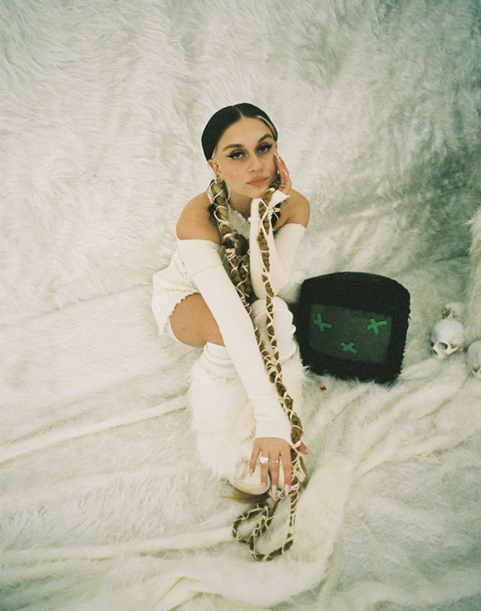 Berlin-based singer-songwriter LEEPA conveys wistful susceptibility on her new single, “18,” a track from her upcoming EP, via SONY Music.

LEEPA explains, “‘18’ is about looking back on your past self and life not in a resentful but rather in a compassionate way. Reflecting on mistakes that were made and how they could’ve been less deep cutting and traumatizing if you had held your own hand through it. It’s also about forgiving yourself for not having done it.”

At once nostalgic and thoughtful, “18” reveals LEEPA looking back at life before the pandemic, when living was easier, relaxed, and spontaneous when anxiety and worry weren’t embedded in a room in the back of your mind, looming like a shadow.

With more than 200,000 monthly listeners on Spotify, LEEPA soared to popularity with her previous singles, “I’m sorry, are you?” and “switch places,” both amassing more than one million streams and going viral on TikTok.

LEEPA followed by performing at Climate Live and Fridays for Future, sharing the stage with megastars like Milky Chance, as well as capturing features in elite media outlets. Along with receiving vast airplay on Germany’s radio stations, those same radio stations nominated her for the New Music Award as newcomer of the year.