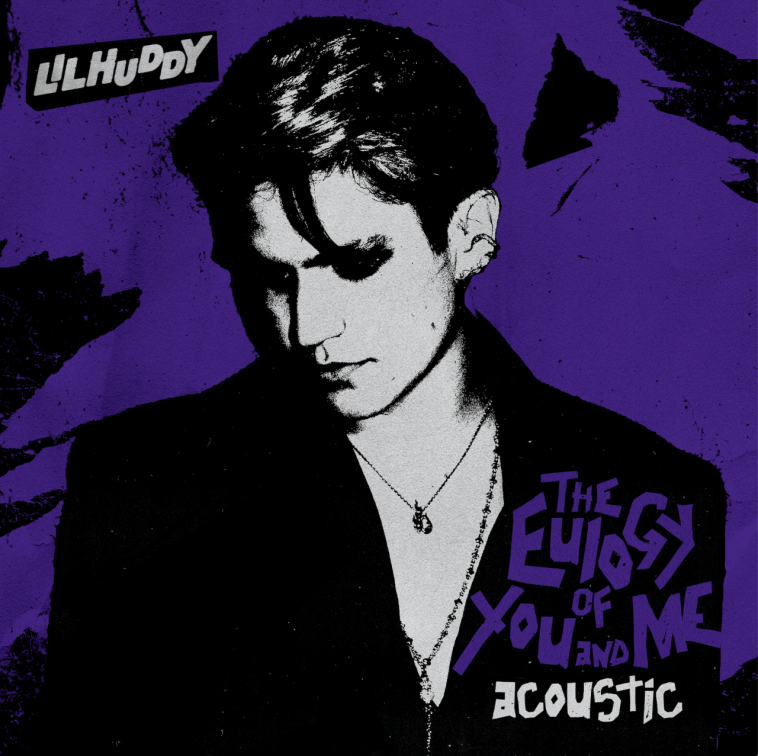 With music and fashion style influences from blink-182, My Chemical Romance, All American Rejects, Pierce The Veil, and Black Sabbath to Bruno Mars, One Direction, and 5 Seconds of Summer, LILHUDDY eventually began to pursue his own music.

TikTok ended up helping him bunch, because even though he joined it for fun, he ended up with over 1,000 videos and generating over 1.6 billion likes to date. He even got signed AND Machine Gun Kelly recruited him to star in his directorial debut, Downfalls High.

With over 40 million total followers, LILHUDDY continues to be the person that got him to where he is today, which shows in his art. His music is a perfect hybrid of pop, punk, and alternative with an underlying message encouraging originality and self-acceptance.

Watch the music video for “The Eulogy of You and Me” (Acoustic) below:

Did you enjoy the acoustic version of the “The Eulogy of You and Me“?