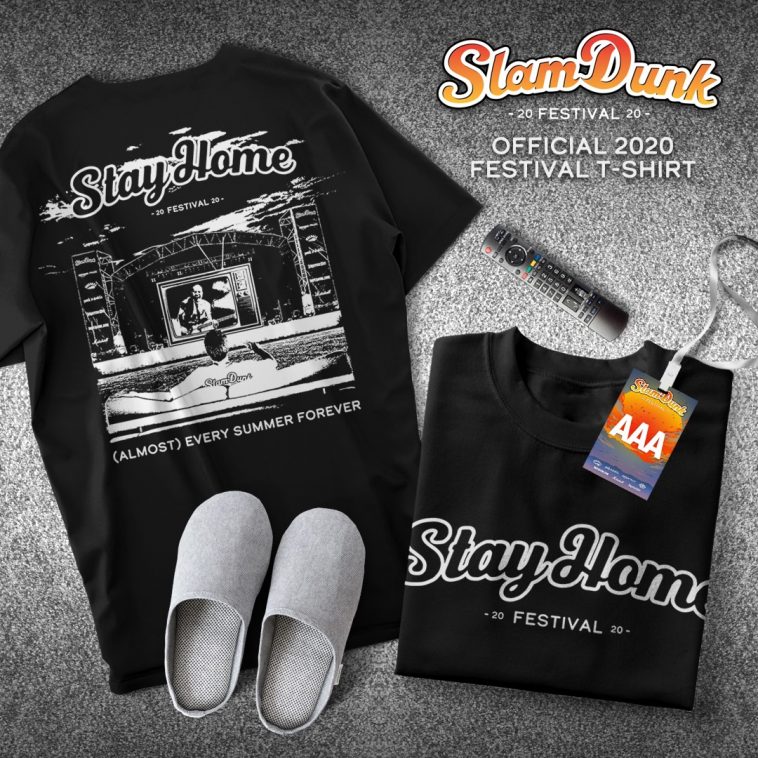 Ray explained further: “Slam Dunk is an independent festival and it’s going to be a hard time ahead for us. Some of you have asked what else you can do to help, so here is our first fundraiser…the official Slam Dunk Festival 2020 T-Shirt!“

Whilst so many of us were getting ourselves hyped for the all of the amazing artists performing it’s going to have to wait until 2021.

Fortunately the dates have been confirmed and are as follows:

The lineup hasn’t been released yet but is something that the team is working hard to get revealed to us soon.

In the meantime, if you’re itching for your own limited edition “Stay Home” t-shirt, you can buy yours here.

With the 2021 Slam Dunk Festival dates now released, which artist are you hoping to see? Let us know @CelebMix on Twitter.