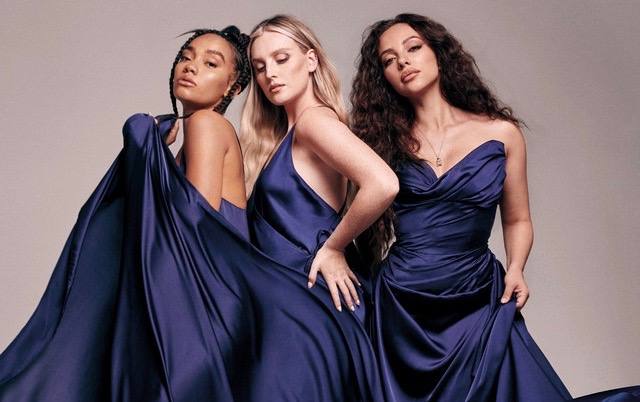 They are the beloved British pop group who defied the odds to become the defining girl band of a generation, and this week Little Mix celebrate their special and unbreakable bond with the release of their brand new song, Between Us.

Co-written by the ladies themselves, along with MNEK, Tre Jean-Marie and Janee ‘Jin Jin’ Bennett, and serving as the latest track to be lifted from their upcoming album of the same name, the highly emotive power ballad sees Jade, Perrie and Leigh-Anne reflect upon their decade long reign together as both bandmates and sisters, as well as the unique relationship they share with their army of loyal and dedicated fans.

Commenting on the song each of the girls in a press release:

Perrie: “‘Between Us’ is basically the song that we’re never going to be able to get through live! We’re going to be in floods of tears in front of everyone. It’s just such a cute stunning song, I love it so much.”

Leigh-Anne: “I love how we reference Little Mix songs in the lyrics. We feel each other’s emotions 24/7, we’ve gone through everything together. It’s about ten years of friendship and sisterhood and our amazing relationship with our fans.”

Jade: “It’s one of those songs that anyone can listen to and think of someone that they truly love. It’s nice that we’re gonna have this song forever.”

Watch the special fan made lyric video for Between Us below:

Here’s my vow, starting from here and now, nothing comes between us…

Released this Friday (November 17th) the album Between Us commemorates 10 incredible years of Little Mix!

Packed to the brim with all of the groups global hits and empowering anthems, including the #1 singles Wings, Black Magic, Shout Out To My Ex and Sweet Melody, alongside with global smash hits Touch, Move, Power, Secret Love Song and Salute as well as their most recent hits Confetti, Love Sweet Love, Kiss My (Uh-Oh) and the Top 3 smash Heartbreak Anthem, the record will also feature five brand new tracks, that the trio have been working on over the course of the last few months, bringing their decade of chart smashes bang up to date!

Following the albums release, the band will finally hit the road next year with their highly anticipated Confetti Tour taking in arenas across the UK and Ireland throughout April and May.

Scheduled to kick off in Belfast on Saturday, April 9th 2022, the girls will play shows in major cities including Leeds, Manchester, Nottingham, Glasgow and Dublin before closing the tour at the legendary O2 Arena in London in May!

Little Mix brand new album Between Us is available for pre-oder now.