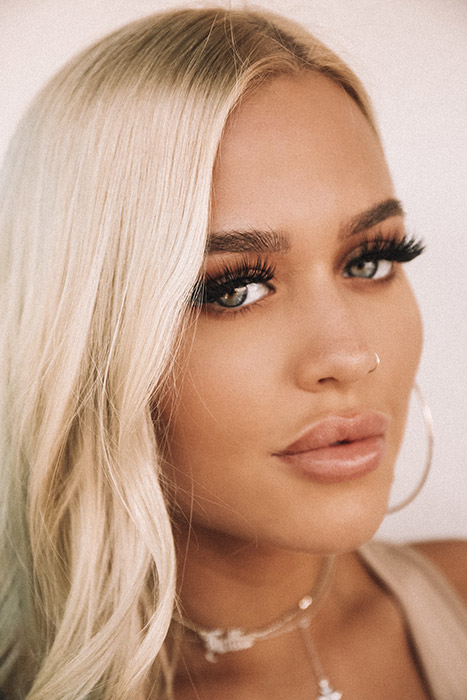 Lottie Tomlinson is one of two cover stars for Sister Magazine’s latest issue which sees the popular zine team up with The Grief Network to explore and hopefully start bigger conversations about a subject that still many refuse to talk about openly.

In the interview, Lottie addresses the unjust criticism she faced publicly after going on nights with her friends and brother Louis Tomlinson when her Mum passed away in 2016. Lottie has previously spoken about dealing with grief for Sue Ryder’s #JustSaySomething campaign.

In the interview for Sister Magazine Lottie also talks about starting her own business, Tanologist has helped her channel her grief from the passing of both her Mum and younger sister Fizzy into something positive and how it’s part of her coping mechanism. Lottie has stated she hopes that by opening up about her own experiences she hopes it will bring comfort to others who are experiencing or have gone through similar to what she has.

“I’ve tried to positives in the situation. It took me a while to get there, of course. But I see myself lucky because I had an amazing mum for 18 years, and I had an amazing sister too, and now they are together. It feels like they were meant to be together. Everything I do work-wise I credit my mum for that. I definitely wouldn’t be where I was without her. Starting Tanologist has been really a bit part of my coping mechanism. Launching it was such a proud moment.”

Founder Rachel Wilson began The Grief Network in 2018 at the age of 26, when she lost her Mum and found there was little support for people her age.

The Grief Network is a community for people who have been bereaved at a young age (in their late teens/twenties/thirties) – we provide a space for young people to meet others who have been bereaved, and we run events that challenge the stereotypes around grief, as well as trying to better represent what it’s like to experience grief when you’re young, and how it evolves throughout your life.

You can find out more about The Grief Network here, and you can preorder a copy of Lottie’s interview with Sister Magazine now.