Louis Tomlinson has not done a lot of concerts since his debut last December with Steve Aoki, however, the ones he has done are memorable for everyone involved! From the first performance on The X Factor to The Tonight Show Starring Jimmy Fallon to performing “Just Hold On” for thousands of people at Ultra Music Festival, Louis has already come a long way performance wise.

While he has not released any music after “Just Hold On” Louis has revealed that he’s been busy writing in the studio for his upcoming album! Louis has had plenty experience with touring before and seemed to love it so we can only imagine that he would share his new music live.

Most artists don’t usually travel and tour alone, they need a co-artist or two to help put on a fantastic show each night! We’ve come up with a few who we’d love to see Louis tour with in the future.

Cashmere Cat is a talented DJ, producer and overall musician. He puts every ounce of passion and effort into his performances making them entertaining for all.

While Poppy hasn’t done much with touring and performing live, the few times that she has she’s killed the stage! Poppy would bring a unique and intriguing sound the stage every night.

With his hit album Blue Neighborhood, Troye Sivan is ensured to brighten up any person’s day. He would be a perfect positive addition to any tour. 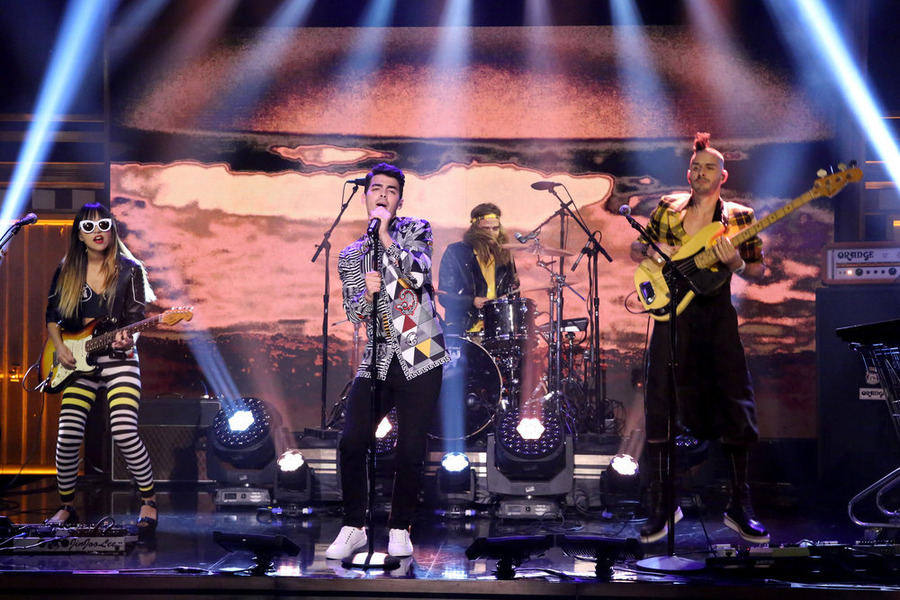 DNCE have a stage presence like none other. Their crazy dance moves and impressive musical skills are stunning and have always left crowds in awe.

Who would you love to see Louis tour with? Let us know by tweeting us @CelebMix!