On Tuesday afternoon, Lucky posted a black-and-white photo of himself and Stormi on Instagram and announced the big news. He is decked out in a dapper suit, hugging Henley, who’s sporting a polka-dot, shoulder-baring dress, from behind.

“Hey guys I just wanted to let you in on an important part of my personal life,” he wrote in the caption for the photo. “I have some wonderful and surprising news—Stormi and I are having a baby! It’s crazy to see how my life has been so blessed. I’m so happy and can’t wait to experience this amazing journey!”

Hey guys I just wanted to let you in on an important part of my personal life. I have some wonderful and surprising news – Stormi and I are having a baby! It's crazy to see how my life has been so blessed. I'm so happy and can't wait to experience this amazing journey!

Tennessee-born Stormi was winner of Miss Teen USA 2009 and is also a singer, model and actress.

Lucky Blue first revealed that he and Bree were dating to ES magazine in October 2016.

‘She’s a musician and she models on the side. Her name’s Stormi.’ – Lucky said.

The couple recently walked the catwalk hand in hand at the Dolce & Gabbana show during Milan Fashion Week. 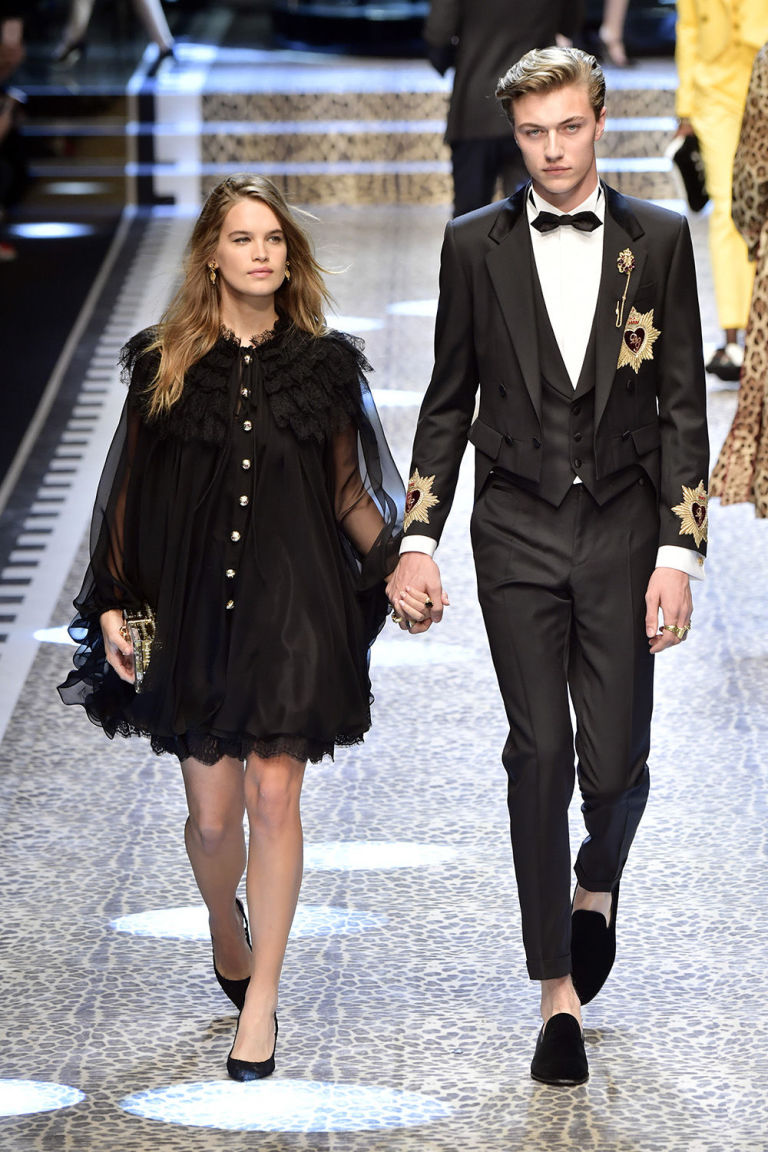 Earlier today, Smith was spotted gracing the runway at Chanel’s Paris Fashion Week show. Bree was nearby, supporting her boyfriend from the audience.