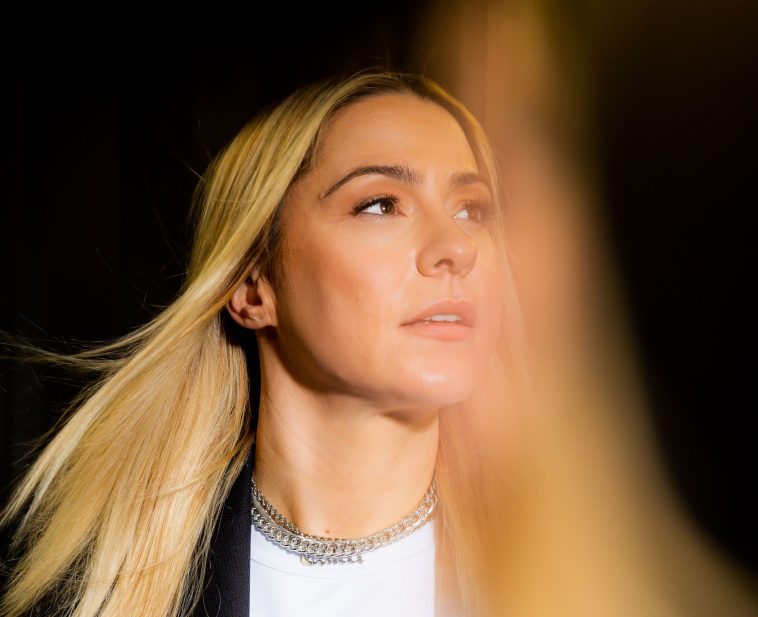 Lucy Spraggan treats fans to some early Christmas gifts this week, not only in the form of her latest single ‘Balance’, but also by announcing details of her forthcoming album (of the same name) and memoir, Process – both of which will be released next year!

Serving as the second track to be lifted off of her seventh studio album, the deeply personal song sees Lucy reunite with music industry icon Simon Cowell, who has signed her to his publishing company, and is an “instrumental part in the forthcoming album and campaign”.

Of the new track, Spraggan says: “I wrote ‘Balance’ after a session with my therapist. I had just come to the end of another relationship that didn’t work out and we were talking about what it was that I was looking for in life. During the session I realised that I’d been storming through life trying to find the right person for me when I hadn’t spent much time working out who I actually was. When I started to work on who I am and how I was going to find my own balance I realised that it’s not always best to do it alone and that sometimes it’s important to reach out for help. The first person I sent the demo of the song to was my therapist. I don’t know if any of her clients have done that before! Now, when I listen to it, I hear how much I needed her help and I am so grateful for finding some Balance.”

Whilst Cowell adds: “When I heard this song for the first time I was blown away, it is absolutely beautiful and the message is very important, especially right now. Play it once and then please play it again. Lucy and I have been working together over the past year. She is an outstanding song writer, as this new song Balance demonstrates. Lucy’s talent and work ethic is incredible and I’m so proud of her and I hope and believe this song is going to make a huge impact.”

Listen to ‘Balance’ below:

After celebrating the 10th anniversary of her first X Factor audition back in August, with unveiling of the beautifully emotive ‘Everything Changes‘, Lucy has spent the last four months putting the finishing touches to both the LP, and the book. Described as being a personal reflection of her life to this point, the record will be released Friday, April 28th 2023, with Process set to follow later that summer.

Commenting on both projects, Lucy says in a press release: “I’m very excited to announce the pre-order of both my album and my book! I’ve been working very hard over the last 18 months on my album and I’ve been working for nearly two and a half years on my book and I’m thrilled that both things I have created are gonna be released into the world! I’m full of anticipation and excitement and at points nervous about the release but I can’t wait. 2023 is going to be a big one!”

News of Lucy’s album and book come just weeks after the ‘Roots’ singer announced details of her 2023 headline tour of the UK! Scheduled to kick off in Glasgow on May 4th, before visiting Newcastle, Manchester, Cardiff, Bristol, Bournemouth, Birmingham, Belfast, Dublin and London, the month long jaunt will come to a close with an extra special show in Sheffield on Friday, May 19th. Tickets for all shows are on sale now.

‘Balance’ is available to download / stream now. Whilst the album ‘Balance’ can be pre-ordered here, and Process here.