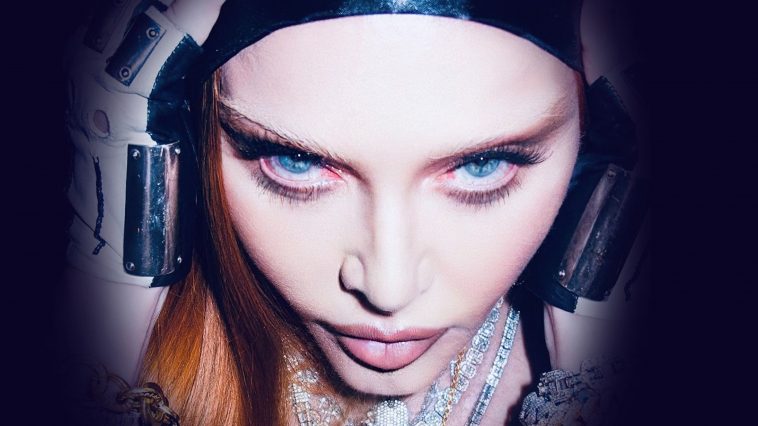 Pop icon Madonna has today (January 17th) announced she is to celebrate 40 years in music by embarking on a mammoth world tour later this year!

Produced by Live Nation, The Celebration Tour will see the Queen of Pop take audiences on an “artistic journey through four decades” in a show that will pay respect to the city of New York where her career in music began back in the early 1980’s.

The 35-city global jaunt is set to kick off in North America on Saturday, July 15th at Rogers Arena in Vancouver, BC with stops in Detroit, Chicago, New York, Miami, Los Angeles, and more before making its way to Europe where she will hit 11 cities throughout the fall, including London on Saturday 24th October, before continuing onto, Barcelona, Paris, and Stockholm, among others. The tour will then wrap in Amsterdam, NL on Friday, December 1st at Ziggo Dome.

Special guest Bob the Drag Queen a.k.a. Caldwell Tidicue with join the ‘Hung Up’ singer on all dates.

“I am excited to explore as many songs as possible in hopes to give my fans the show they have been waiting for.”

As news of the tour hit the internet, Madonna released an iconic viral video paying homage to her groundbreaking 1991 film Truth or Dare.

Madonna is one of the biggest-selling artists of all time, and the best-selling female artist in the world, with over a reported 300M records sold world-wide!

Famous for continuously reinventing her music and her image, as well as for hits including Holiday, Into The Groove, Like A Prayer, Frozen, Music, Hung Up and Medellín, her influence and impact can felt across pop culture and fashion, and continues to inspire a new generation of artists on the rise.

Tickets for The Celebration go on sale starting Friday, January 20th at 10am local time at madonna.com/tour

Let us know your thoughts on Madonna over on Twitter @CelebMix now!