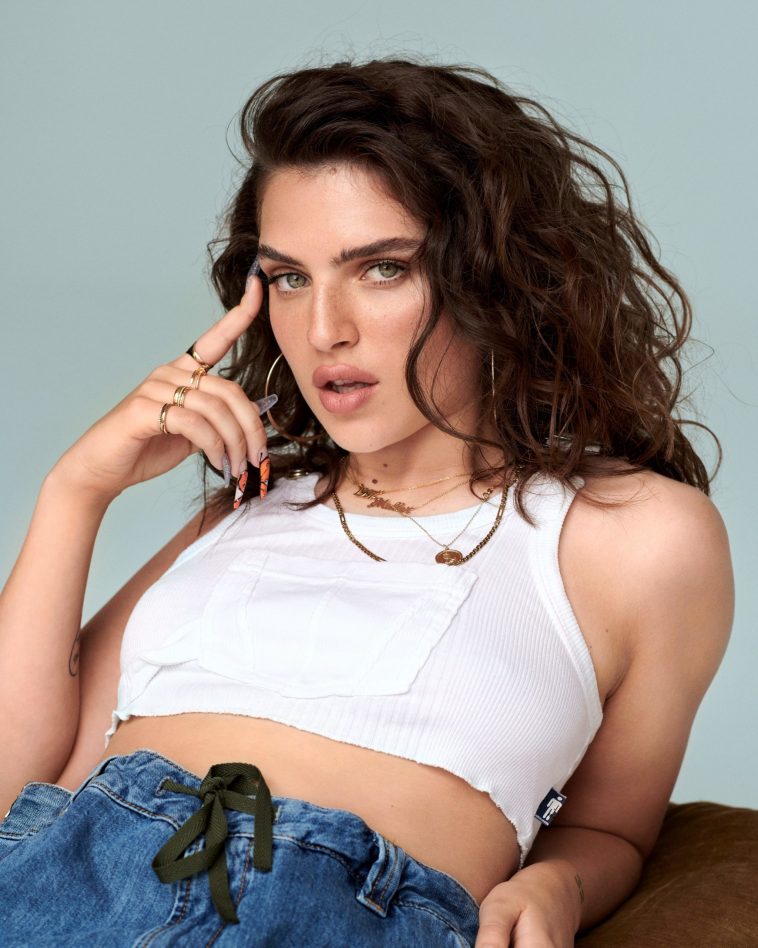 Mae Muller is bringing fans on dates with her in the music video for Dependent.

Taken from Mae’s recently released EP no one else, not even you the track sings of the fear when you know you’re enjoying falling for someone but find yourself fearing what could happen if you give into it and become vulnerable. It tells the story through lyrics such as ‘I’m falling for you and I think I hate it‘ and ‘All my independence is hanging by a thread and I’m feeling kind of scared because I’ve never had it better‘ mixed in with upbeat pop-vibes.

The video for the track was directed by Sophia Ray (Little Mix and 5SOS) and follows Mae as she goes on a number of dates with a partner, she’s developing feelings for. Throughout she’s supported by her girl gang with slick choreography, who represent her inner thoughts both telling her that it’s a good idea but that she still has doubts over what’s at risk. We see her struggling to keep on track whilst trying to make a decision about what to do as we’re left guessing right up to the final scene if she’s going to give in.

Speaking about the track Mae said “That’s what always happens when I start to fall for someone: instead of going with the flow and just enjoying myself, I start to panic a bit because of the power you have to give up. This song is me being totally honest about not wanting to become dependent on someone, because my independence is so important to me.”

Dependent is the third single to be taken from Mae’s third EP no one else, not even you which was released earlier this month through Capitol Records. Her new single follows So Annoying; a tongue in cheek track about being dependent on someone but at the same time finding the situation you’re in, far from perfect and therefore reaching the conclusion ‘love is so annoying‘.

If you’ve never had the pleasure of checking out Mae Muller before, she doesn’t hold back when writing her track as HFBD shows. Telling the story of experiences with a (soon to be) ex, it’s packed full of punchy sass which we absolutely love. It also becomes very clear she definitely means it when she says ‘I hope it is the worst day of the year‘ about his birthday.

We love no one else, not even you and reckon you will too. Check it out in full below. Skip to: Plot Twist.

Like many artists Mae has had to put her touring plans on hold this year including a scheduled date at O2 Forum Kentish Town in London. But she didn’t let this stop her from playing there this year. She performed a full concert from the venue and recorded the set for fans to enjoy from the comfort of their own homes. Check it out below and head HERE to get tickets for Mae’s rescheduled UK and European tour set to take place in April 2021.

What do you think of the Dependent music video? Have you checked out no one else, not even you? Tweet us @CelebMix and let us know!